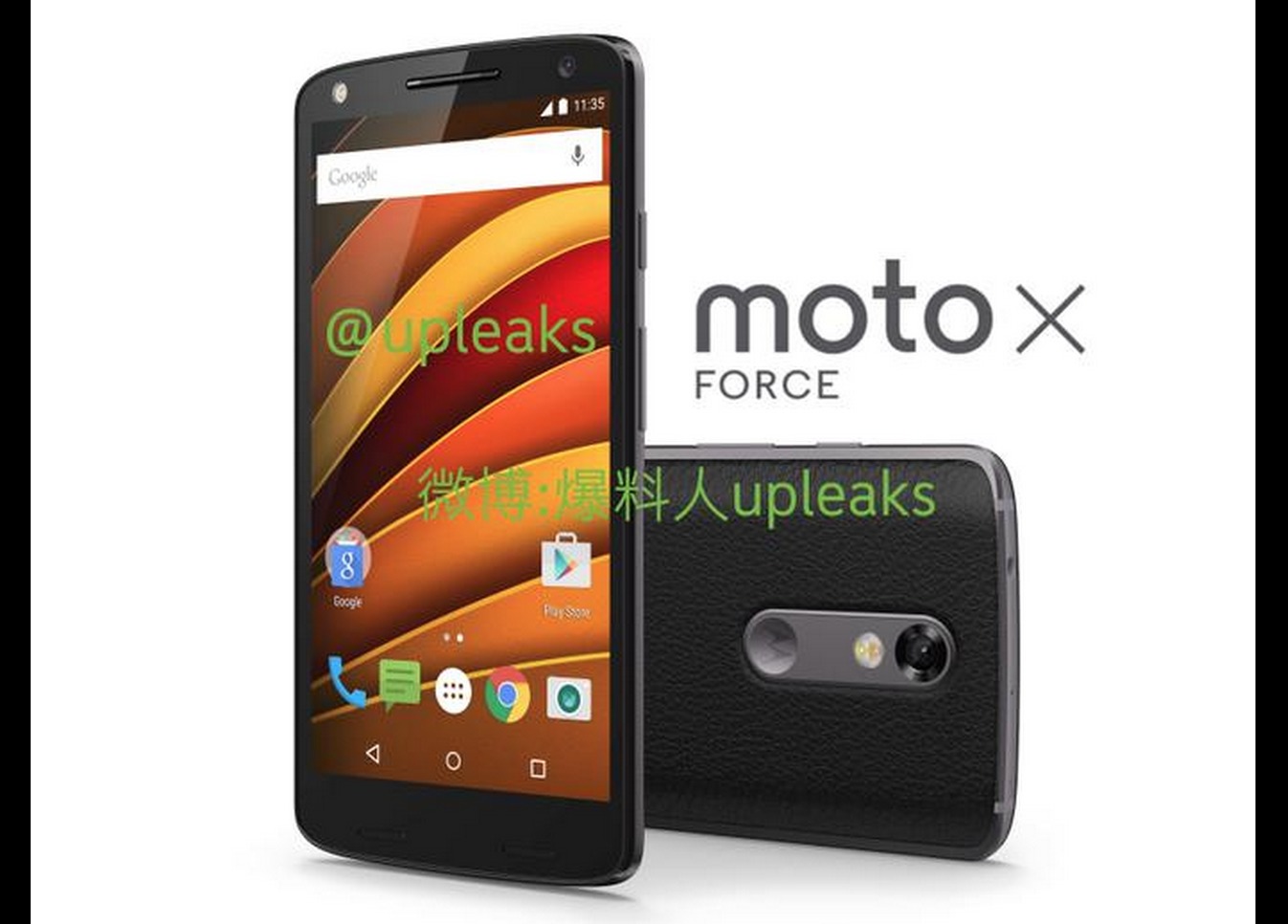 Something that is codenamed “Bounce” will most likely be either a very colorful and cheerful (bouncy, get it?) device or something that will most likely survive a fall because it will bounce. So when rumors started swirling that a new Motorola device, with rumored name Moto X Force and rumored nickname Bounce, was coming to town, then we automatically assume it is a device meant for the rugged outdoors. Now photos from upleak give us a clear view of the supposed new device but doesn’t really tell as much.

Based on the photos, we can’t tell if the new Motorola smartphone is really that sturdy and will bounce safely off any surface. What upleaks says in a previous tweet though is that this device is “shatterproof”. Other specs mentioned in that tweet is that it has a 5.43” QHD display and other sources say it will have a Snapdragon 801 processor. It will have 3GB RAM and a 32GB or 64GB variant with a 3760mAh battery. As for the camera, it will have 21MP for the main and 5MP for the front-facing or selfie one.

Based on the picture, it doesn’t really look that rugged to us, as compared to other smartphones that are built for tough terrain. They usually have bumpers around the edges, but this one just looks normal. But I guess we cannot judge a smartphone by its picture, especially if said picture isn’t official yet. Maybe the display is made of strengthened material so that it will be “shatterproof”.

Uploads says that the Moto X Force or Bounce (the latter is catchier) will be available by the end of the year. Let’s see if Motorola makes any announcement or even allusion to it this coming IFA 2015.