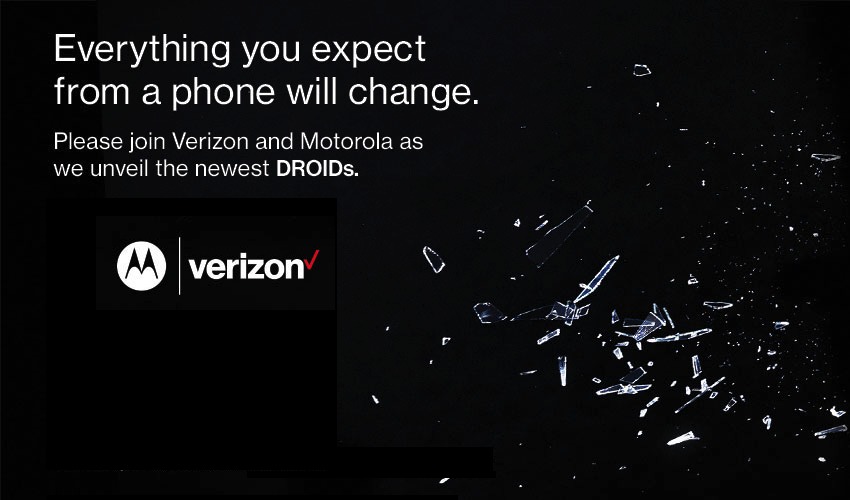 It’s almost here. What? The new Motorola DROID. Actually, it’s not just one but two DROIDs will be unveiled this coming October 27 at a special tech event in New York City. Official press invites are being sent out already and we’re anticipating to finally see the new Motorola DROID Turbo 2 and the DROID Maxx 2 next week.

Much has been said about the upcoming DROIDs. A couple of months ago, we already noted that the DROID Maxx 2 and Turbo 2 from Motorola will be coming to the US. The DROID Turbo 2 is said to be the Moto X Style. Phone was once rumored to be announced today, October 15, but nothing yet. There’s also a different rumor that says the Moto X Force could be Verizon’s DROID Turbo 2 offering.

On the other hand, the Droid MAXX 2 is expected to be the renamed Moto X Play spotted earlier. We never doubted either of the two will be coming because just last week, Google “accidentally” confirmed that a DROID Maxx 2 is coming soon from Verizon according to a Chromecast support page listing the phone as one of the devices optimized for Android Screen casting.

So on Tuesday, October 27, at an undisclosed venue in New York, Motorola and Verizon will announce the newest DROIDs. The event will also be livestreamed so don’t feel bad if you can’t be there to witness what this “Everything you expect from a phone will change” tagline is all about.

Verizon already put up a landing page for the new DROID devices. Feel free to sign-up for regular updates and be one of the firsts to learn about the latest DROIDs.