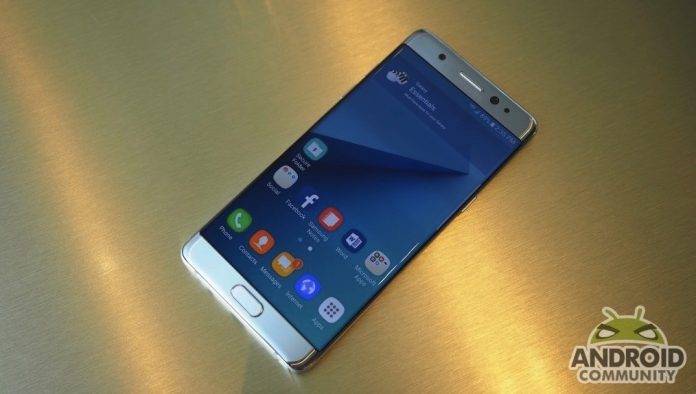 Believe it or not, there are some people who still haven’t given up their Note 7 phones. That “some” are actually thousands, specifically, customers who got their units from Verizon. We have a feeling more can be added to the number because we’re only hearing about one mobile carrier from the United States. We don’t doubt this information because we’ve been hearing similar cases of unreturned devices despite the global recall, attempts to ban, and available promos and replacement programs.

We know that the Galaxy Note 7 was one great phone. Unfortunately, complaints of overheating and explosions soon came to public knowledge and now the world is interested as to how the fiasco will end. Investigations were done by a third party and Samsung said cause of explosions will be revealed this month as results have been sent to labs already.

According to Verizon, their customers still use the Note 7 despite the warnings and software update released. The upgrade is actually more of a “downgrade” as charging would be limited, deeming the smartphone useless. Verizon said thousands so that’s maybe just a small number of the almost 114 million subscribers.

A spokesman said, “In spite of our best efforts, there are still customers using the recalled phones who have not returned or exchanged their Note 7 to the point of purchase. The recalled Note 7s pose a safety risk to our customers and those around them.”

The Note 7 is still dangerous. Samsung and the mobile carriers have been pleading the remaining Note 7 users to return the phones or have them exchanged for another Galaxy phone, if not, another smartphone from a different OEM. Since production was stopped, a lot of companies have already called out the consumers in different countries. There’s Samsung Malaysia, Samsung’s main office in Korea, Samsung Singapore, T-Mobile, and Verizon trying to disable the phones still in use and not yet returned.

The remaining Note 7 phones out in the wild are still a potential risk. Verizon needs to do something new to prevent future problems and so it’s making an effort for outgoing calls from a Note 7 to redirect to customer service. 911 emergency calls are still allowed but apart from that, you will be connected to Verizon support. Hopefully, this will now make the Note 7 totally “useless” for the owners.

Those who have successfully avoided the update and have not experienced explosions yet, your luck is about to end. Those who have been reimbursed already but haven’t returned the phones yet may be billed for the holdouts. We’ll see if this will be the last and final effort by Verizon.