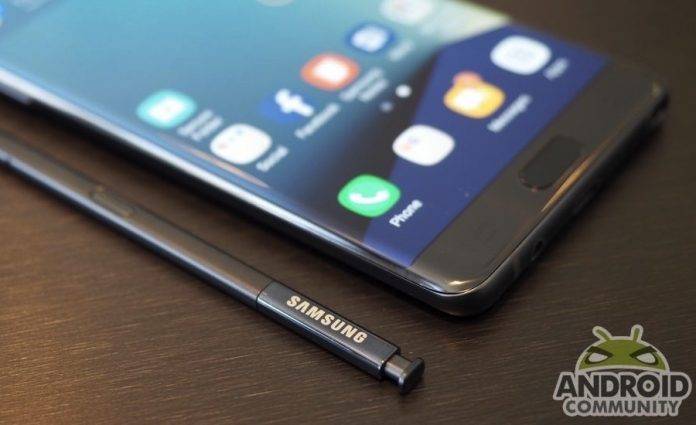 The Samsung Galaxy Note 7 is perhaps one of our frequently featured smartphones not because it’s a great phone but because of the overheating and explosion fiasco. Samsung is still not done with doing the recall and receiving all unsafe units but we know it’s doing everything in its power to address the issue. We have yet to know the results of the official investigation but while waiting, some more Note 7-related news are coming out.

For one, Verizon has reiterated that they are no longer selling the Samsung smartphone. The ban has been effective since October 15, saying all Note 7 devices are not allowed from air transportation in the US as decided by the U.S. Department of Transportation (DOT), the Pipeline and Hazardous Materials Safety Administration (PHMSA), and the Federal Aviation Administration (FAA).

Samsung has teamed up with the U.S. Consumer Product Safety Commission (CPSC) to strengthen the recall and exchange program. Together with retailers and carriers, Samsung is asking the consumers to turn in their original or replacement Note 7 units in the US.

Samsung said about 85% of all Note 7 have been returned already but the remaining phones that are out in the wild still pose risks for their owners. Verizon wants to ensure everyone is safe so it’s releasing another software update on January 5, 2017 that will prevent the phone from charging. Samsung will release it earlier this December 19 but Verizon wants subscribers to use their phones over the holidays.

Verizon is still urging people to return their phones and exchange them for another device so we’re hoping you finally respond to the call if you still have your Note 7 with you. Return the unit where you originally purchased it. Verizon is giving a $100 bill credit if you get a new Samsung phone. If you decide on another brand, it will only be $25.

More Samsung Galaxy Note7 Recall & Exchange FAQs are posted on Verizon’s website so read on and be informed.