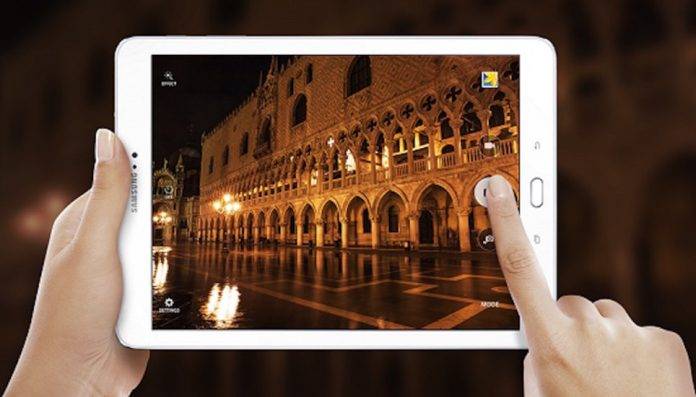 We’re certain Samsung is going to introduce the new Galaxy Tab S3 at the MWC 2017. Launch was pushed until this year but it recently surfaced on GFXBench. On its press invite, Samsung already teased the tablet. We only have few details about the specs and features but this is the first time we’re hearing the idea that the tablet will come with an S Pen.

A tablet with a stylus isn’t foreign but this tells us the South Korean tech giant wants to offer a more professional mobile device that can be used for both work and play. Perhaps, this new Galaxy Tab S3 can now rival the Surface and iPad Pro.

There’s also the possibility of a Book Cover case and Keyboard Folio which tells us you can easily use the Galaxy Tab S3 for work or business. Two models will be available: LTE and WiFi. US Cellular and Verizon are expected to release them in the market while AT&T and T-Mobile may offer the LTE Galaxy Tab S3 but there’s no confirmation yet. Tablet is also believed to be available in South Korea first by March before it’s released Stateside.

The upcoming Samsung tablet may have an S-Pen with it but only as part of a bundle. It won’t have a special slot like on the Note where you can insert the stylus. We’ll finally know for sure at the Mobile World Congress 2017 later this month.