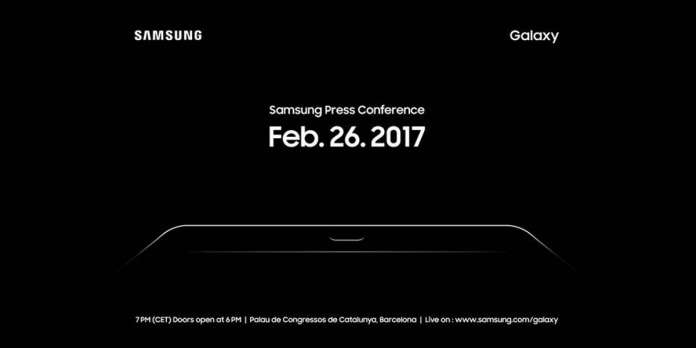 Samsung isn’t expected to unveil the Galaxy S8 at the MWC 2017 because the company is delaying it for an April launch. We heard it will be available at the tech event but won’t be shown off publicly. We’re guessing the phone will be demonstrated for a select few execs and suppliers. Instead of the Galaxy S8, the brand is said to introduce a new flagship tablet–the Galaxy Tab S3 which was recently sighted on GFXBench.

The South Korean tech giant earlier confirmed the Galaxy Tab S3’s presence at the Mobile World Congress in Barcelona, Spain. It’s something we’ve been waiting for since last year. If you’re looking for a new tablet to use, then you may consider and wait for the Galaxy Tab S3.

As expected, the invite was quickly sent to the press. At the MWC, on February 26, 7PM (CET), Samsung will unveil new products in a special media event. We’re assuming the teaser is for the Galaxy Tab S3.

We have no doubts this is for the Samsung Galaxy Tab S3 but let’s just wait and see.