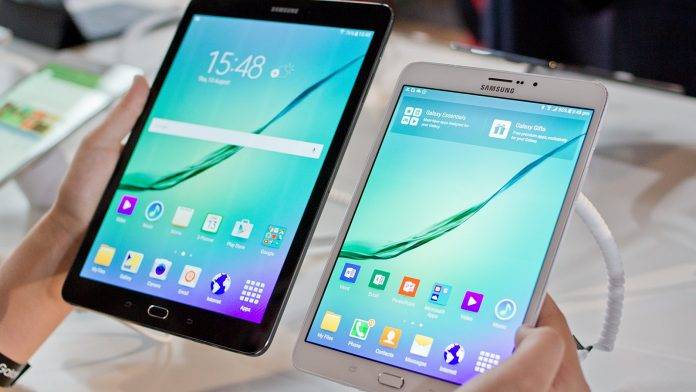 Premium and high-end Android tablets have been on the decline in the past few years – we have not really seen anything that has captured the market’s imagination enough for the Android tablet to be a trend once again. This might be the year, though, as a number of manufacturers have put out high-powered Android tablets in the hopes of convincing consumers. Samsung is coming out with the Galaxy Tab S3 soon, and the device just showed us some specs leaked in benchmarks.

The Samsung Galaxy Tab S3 has surfaced at GFXBench, and the benchmarking app has given us a look at what the tablet might have under the hood. Front and center is what probably will be a 9.7-inch QXGA (2048×1536) display, much like the iPad’s “retina” displays. This will reportedly be powered by a Qualcomm Snapdragon 820 processor, with 3GB RAM and 32GB internal storage. 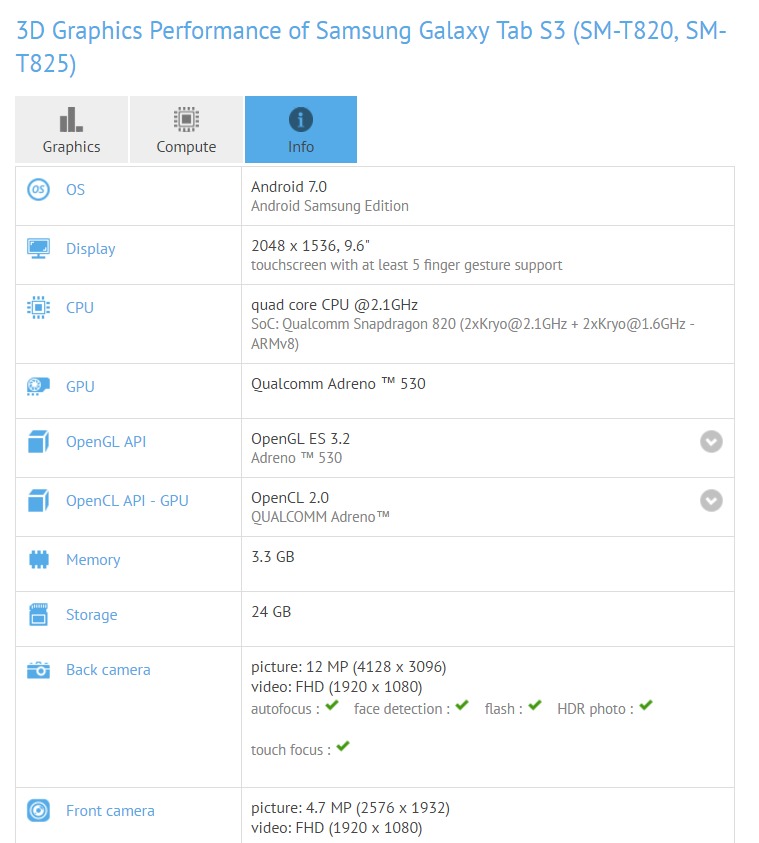 Sure, the SD820 is a couple of generations behind the top chipset of the day, but it is still a very capable one. There will probably be a 13MP/5MP camera combo, just as long as you don’t feel awkward lining up a 10-inch tablet for photography. The test device seems to be running Android 7.0 Nougat.

Since it’s getting close to MWC 2017, and the word is that the Galaxy S8 flagship might not be showing up, the Samsung Galaxy Tab S3 might just be one of the highlights of Samsung’s stint in Barcelona.