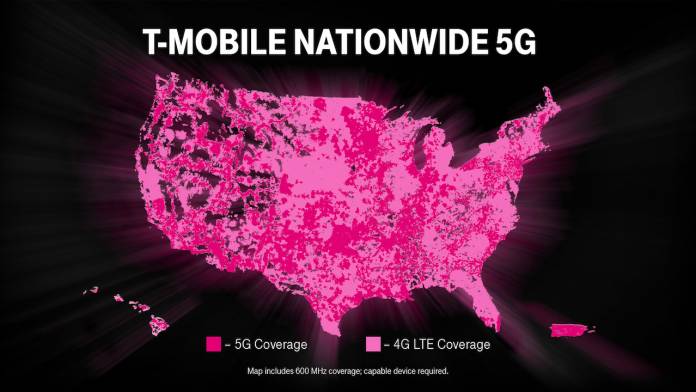 John Legere may be retiring from being CEO but he is still very much part of T-Mobile. And yes, the Un-Carrier will continue to flourish especially that its 5G connectivity is in full gear. The company’s nationwide 5G network has fully launched in over 5,000 cities for over 200 million people in the US. This move makes T-Mobile the largest 5G network in the country now as it covers even rural America, covering over 1 million square miles. T-Mobile has been working and testing 5G connectivity for the past few years and now it’s ready for more people.

The last two phones mentioned are now up for pre-order on T-Mobile. They will also be out on December 6 in T-Mobile stores. They tap into the 600 MHz 5G network of the Un-Carrier.

If you plan on getting either of the two 5G phones, you can take advantage of the phone being FREE with 24 bill credits when you trade in an eligible device or switch to T-Mobile. You can also get a free Note10+ 5G if you buy another phone and add another line. Meanwhile, Metro by T-Mobile is also launching first nationwide prepaid 5G in the US this December. If you don’t want to get a plan and are just content with prepaid, check out Metro.

T-Mobile’s President of Technology Neville Ray is proud of the 5G network, saying: “…we built 5G that works for more people in more places, and this is just the start. With the New T-Mobile, we’ll see 5G speeds follow the same path as LTE, increasing exponentially over time. Plus, real broad and deep 5G will unleash whole new categories of innovation that will touch almost every area of the economy. The 5G future is bright, and it starts today.”

You may check out the 5G map HERE for 5G coverage of T-Mobile. In the near future, the New T-Mobile will have a wide reach, especially once the merger close. Who’s excited?