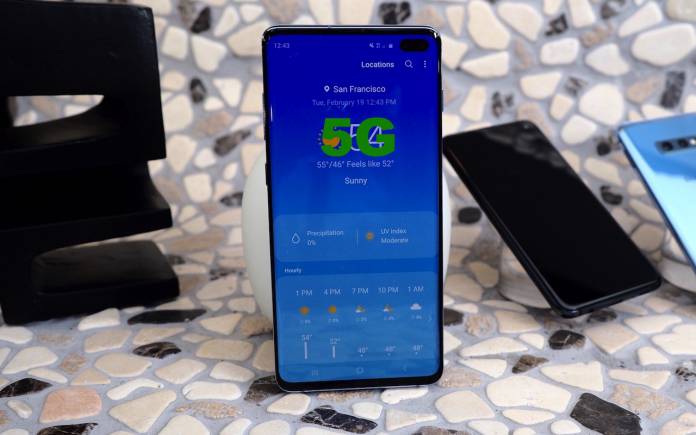 More Galaxy S10 problems are going public. A number of consumers have already received their Galaxy S10 5G phones. Unfortunately, some of them are complaining they couldn’t switch to LTE. What usually happens was that from 5G connectivity, the S10 wouldn’t switch back to LTE. The Samsung 5G phone is already out in key markets since April 5 and some Galaxy fans are lucky to have received their units. 5G coverage isn’t that wide yet in the United States but the top mobile carriers have been working hard on testing the superfast mobile Internet connection.

AT&T mobile 5G is expanding to more cities this year. It recently hit 1 Gigabit wireless speed on 5G— first in the US. The Samsung Galaxy S10 5G variant from Verizon is arriving next month and in preparation, the Verizon 5G network is now fully ready in Minneapolis and Chicago.

Samsung Galaxy S10 5G launched in South Korea earlier this month and so we’re hearing about these complaints. Not all areas are covered in the country yet but even when 5G is not available, the phone should switch to LTE automatically. That’s not the case as users have reported connection was discontinued.

No proper solution has been provided yet by the South Korean tech giant and the mobile carriers. Samsung only released a software update but that didn’t fix the problem. Interestingly, KT and another carrier said they “have never received such complaints and found no such problem”.

It’s not clear what the real problem is because Samsung is said to have rolled out all possible updates. We’re expecting a more plausible explanation and solution will be provided soon. We’re also hoping this issue will be ironed out before the Galaxy S10 5G phones are released in the United States. Perhaps Verizon, AT&T, and T-Mobile do similar tests now? Just to be sure.