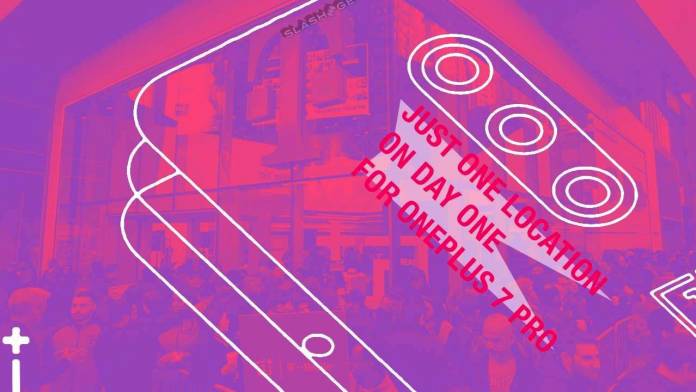 In a few days, OnePlus will be announcing its new flagship offering. There won’t be just one model. The company is introducing two new ones: the regular OnePlus 7 and OnePlus 7 Pro. As early as November last year, we’ve been anticipating for the next-gen flagship we were told wouldn’t feature 5G yet. But then the Qualcomm Snapdragon 855 supports 5G so expect the technology to be available, at least, on one variant. Expect the Pro to be more powerful with 5G, a special display, and three rear cameras.

Let’s not forget the pop-up selfie camera as teased by several promos and image renders already. OnePlus 7 Pro will also be water-resistant and faster with UFS 3.0.

The OnePlus 7 series is launching very soon. In the United States, it will be released by T-Mobile. A public launch will be held on May 14 in New York. We were expecting initially the new phones would be exclusive to T-Mobile but this time, both OnePlus 7 variants will be sold in all stores.

OnePlus event will be on May 14, 2019, 2PM to 10PM (ET). Venue will be at Pier 94. We’re not sure if both the OnePlus 7 and OnePlus 7 Pro will be announced because only the Pro variant has been mentioned.

You can purchase the OnePlus 7 Pro beginning May 15 from the following stores:

T-Mobile may offer a special OnePlus gift for the “first 200 customers” so watch out for that. We’re counting days and we’ll see the new OnePlus flagship phone soon.