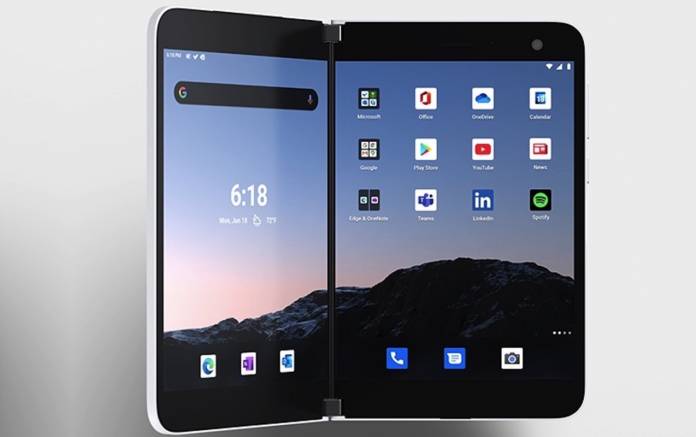 The Surface Duo 2 will still be released. We have no idea when exactly but we are hoping soon. Much has been said about the hybrid phone-tablet including the fact it will come with an updated Microsoft Launcher. An image leak showed a possible triple camera setup. We also heard the device will be more affordable. It may come with better camera and 5G support. Expect more details will surface on the web until the official product announcement. Just recently, the Surface Duo 2 has appeared on Geekbench so we have an idea about the specs.

The database tells us the smartphone-tablet will run on 8GB of RAM and Snapdragon 888 processor. It will run on Android 11 out of the box but we are crossing our fingers Android 12 will be available early. The processor and RAM will be upgraded from the Snapdragon 855 and 6GB RAM used on the original Surface Duo.

With the Snapdragon 888 chipset, the Microsoft Surface Duo 2 received a multi-core score of 3517 and 1091 (single). The triple camera setup can be expected now and may include a 12MP main camera + telephoto + ultrawide lens. The design of the more affordable Surface Duo 2 will be the same–a foldable device with dual-screen design.

To recap, here’s are the specs and features of the Surface Duo 2 we know so far: NFC, higher refresh rate, advanced cameras, larger battery, 5G connectivity, and stylus support. We’re hoping the phone’s frame will be made of metal so as to prevent the cracking of the frame around the USB-C port. As for the official launch, we can expect a late September or early October reveal.