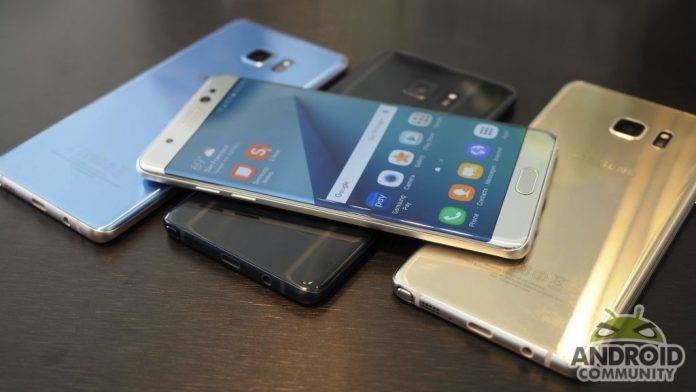 Much has been said about the Samsung Galaxy S8. Rumors and leaks actually came out earlier than the previous year but that’s understandable. The Note 7 failure may have prompted the South Korean tech giant to release some information perhaps to excite the remaining fans. Many details actually differ, most of them contradict one another but somehow they make sense when you read the possible explanations.

Recently, we heard that the Galaxy S8 may be more expensive than the S7, phone may be unveiled later in April 2017, and the company may use LG Chem batteries instead. We also mentioned the smartphone may feature a Y-OCTA display. That’s more believable compared to the dual-curved screen but now we’re hearing another interesting bit–the Galaxy S8 will come in two versions.

The main difference would be the size of display. One is said to arrive with a 6-inch screen which is even larger than the Note 7’s 5.7-inch display. That’s the bigger variant while the standard Galaxy S8 may be anything between 5.1- and 5.5-inches.

We’re taking this detail with a grain salt but it would be cool if Samsung comes up with something bigger than the Note device. It could be related to the all-screen design we heard. There’s also a mention of the S-Pen for the Galaxy S8 Plus but it was dropped from the phone.

We’re curious to know if Samsung will still continue the Note line. Looks like a Note 8 is still a go but only after careful planning and production. It is said the Galaxy S8 and S8 Plus will be released in spring and the Note in autumn. We’re also very curious if Samsung will indeed push through with the April launch instead of the usual MWC unveiling.