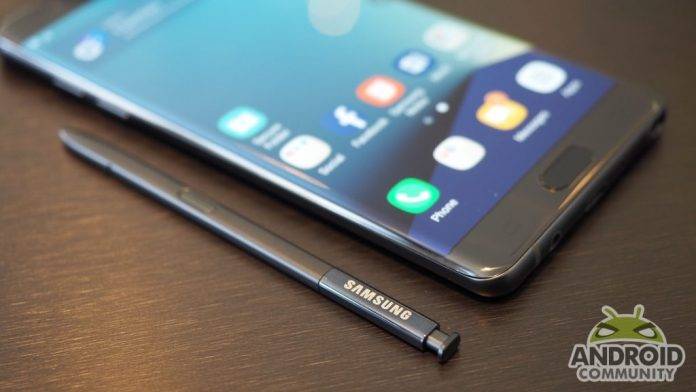 Samsung is in a not so good situation these days. Not that the company is always in a perfect state but the highly-anticipated Galaxy Note 7 launched a few weeks ago is currently in hot water. We’ve said that it’s one great device but some users have reported having issues with it. Yesterday, we pointed out that quality control is delaying shipment. We were worried the move may affect sales but the South Korean tech giant needs to do something to address the complaints.

A Galaxy Note 7 reportedly exploded with the charging cable suspected as cause and then there’s the S-Pen still getting stuck if you push it too hard. And then there’s the scratch test that showed us its glass is not as scratch-resistant. Now we’ve got news that Samsung is offering free battery replacement for all Note 7 units, at least, for customers in South Korea. This is to prevent more “explosions” from possibly happening.

Shipment to local mobile carriers has been suspended already by the tech giant. This is to ensure that further accidents will not happen. There’s also the possibility of a recall by Samsung although there’s no official announcement yet but the company is already looking into the matter.

A recall is recommended but it may bring more problems to Samsung and the telecoms. All parties are now aware of the problem but Samsung is still studying the case. We’ve been hearing similar reports from customers in other countries and we’re expecting more will come out.

Samsung needs to step up its game if it wants to maintain its top position and double sales in the coming months. Not that we’re worried that Samsung will recover but the mobile industry is progressing in such a fast pace. Honestly, after a few weeks or months, the Note 7 may be overtaken by other more affordable flagship phones not exactly from Samsung. The latter just needs to do something about this issue and deliver its promises.

VIA: Korea Herald, The Korea Times