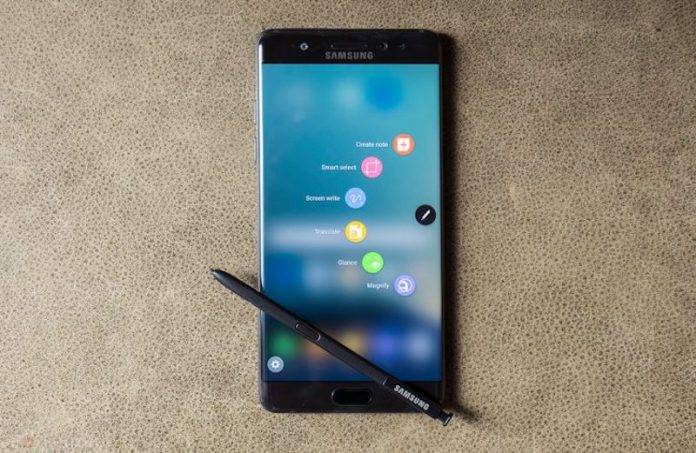 After the “S Pen-gate” on the Samsung Galaxy Note 5, you would think that their new phablet, the Galaxy Note 7 would have fixed the problems that people were having with the S Pen and its spring mechanism. Apparently, they are now facing a different kind of problem, at least according to some users who have documented their problems online. It seems that if you push the S Pen too hard inside, it gets stuck in the “water-tight silo” of the latest phablet from Samsung.

The annoying thing for some users is that unlike the problem with the Galaxy Note 5 wherein some inserted the S Pen the wrong way, this time around, it was put in the correct way, but it still got stuck. Apparently, the problem is exerting too much pressure when you put it back in its rightful place and it gets stuck in the silo at a lower level than the metal side surface of your device. The answer is not to jam it even harder in the hopes that it will just spring back up. When the silo entry seals, it will not come out no matter how hard you push.

One solution that some users have used to solve their problem is to use a pin or needle to carefully pry up the S Pen top and it will spring back up normally. Supposedly, the more you use the S Pen, the more this problem will not occur, as long as you not continue to push the S Pen too hard. One user in particular however insisted on getting a replacement from their carrier, like T-Mobile (although he said he had to argue with them for an hour).

The problem seems to not be on a large scale yet, and so we haven’t heard from Samsung on whether this is a mechanical failure or just human error once again, like with the Galaxy Note 5’s inverted insertion of the S Pen.