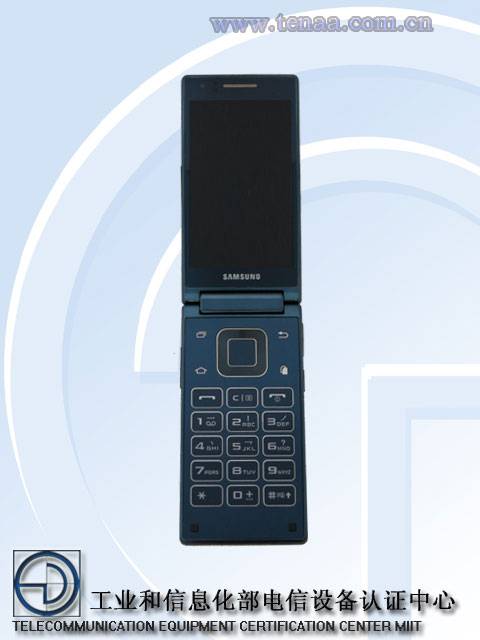 Others think that flip phones or clamshell phones are a thing of the past but I know a lot of women who like them. There’s something nice and classy about bringing out your phone from your bag or pocket and then flipping it open to use and make a call. Okay, so you may not agree about that kind of vain reasoning but this new Samsung SM-G9198 clamshell smartphone might change your mind.

This isn’t the first clamshell phone from Samsung. A few years back, there’s the Samsung W899 running Android 2.2, Samsung DoubleTime, and the Samsung Hennessy Android flip phone. These phones were launched a few years ago and this Samsung SM-G9198 is the first after a long time. Maybe Samsung wants to rival Sharp with the AQUOS flip phones and LG with the Ice Cream Smart and Wine Smart.

The Samsung SM-G9198 is a follow up to Samsung SM-G9098 dual screen flip phone released in China in 2014. Actually, the two look similar in design but definitely, this 2015 model is more powerful what with its 1.8Ghz six-core Qualcomm Snapdragon 808 processor. It’s interesting to note that it still uses Snapdragon and not Exynos.