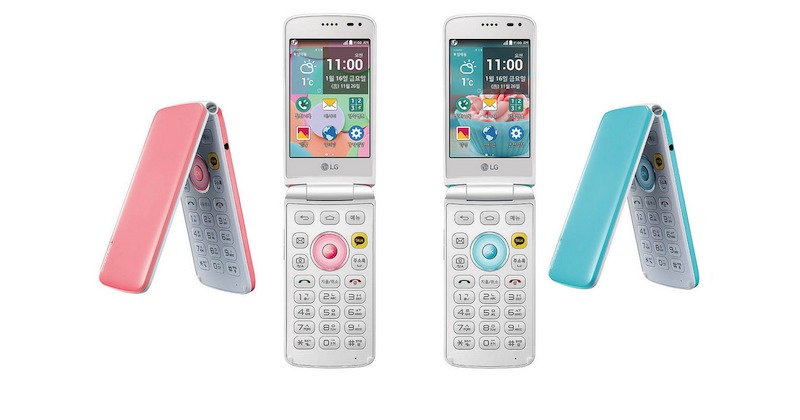 Flip smartphones are nothing new. In fact, LG and its close rival Samsung already released a few models the past couple of years. They’re not as popular as the other top smartphones but there is still a market for clamshell phones. Last year, LG introduced its first flip style smartphone called the Wine Smart. It was aimed to beat Samsung’s SM-G9098 dual screen flip phone. We’re not sure if it did succeed but we know LG wants to prove itself once more in the flip phone arena. Enters the LG Ice Cream Smart. This phone doesn’t necessarily run Android Ice Cream Sandwich but the name can be really confusing although very yummy.

Last year, LG launched the Wine Smart, its very first clamshell smartphone (running Android 4.4 KitKat). Now, the company getting ready to introduce another clamshell that’s based on Android. Most likely, it’s KitKat which can be updated to Lollilop once the latter is ready. We saw some leaked photos last week but LG launched the phone over the weekend in South Korea.

LG seems to be bent in pushing the the Smart flip-phone lineup. After the Wine Smart, here is the Ice Cream Smart in the same pastel colors that are usually popular with the teenagers. The manufacturer added KakaoTalk physical buttons for more convenience. These buttons can be configured as shortcuts to other instant messaging and frequently used apps as well.

We’re not sure about pricing and availability or if it will released outside South Korea but we’ll let you know soon.