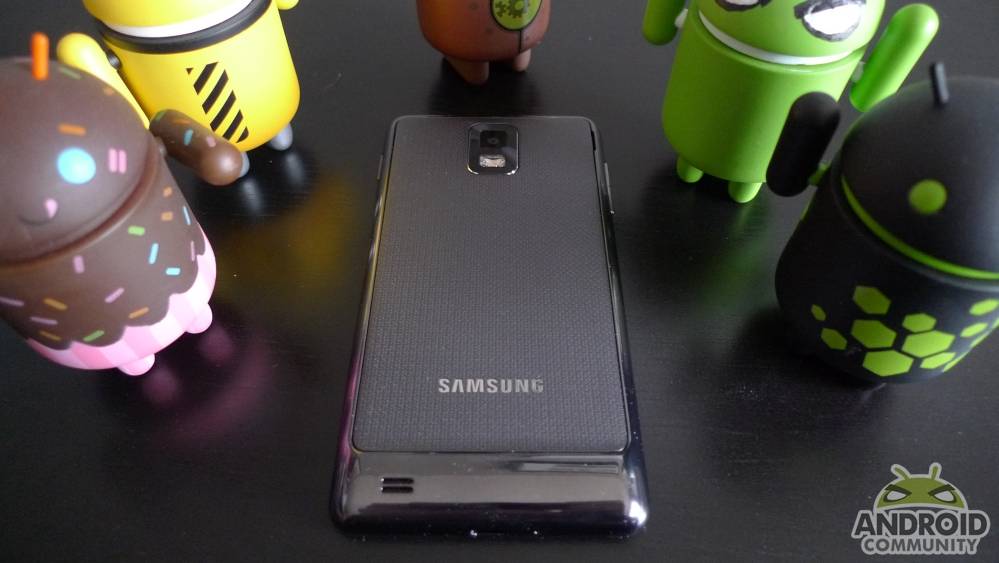 Behold, the herald of Galactus!* Truly if ever there were a phone sent by a manufacturer to pave way for a much more powerful phone, this is it. The Samsung Infuse 4G is to the untrained eye a gigantic screen with a powerful single-core engine under the hood and a big fat camera on the back of a “razor thin” candybar form factor. The Samsung Infuse 4G is currently the the holder of the biggest and brightest display of all Android devices classified as a handset. Larger than this and they’re tablets. Smaller than this and they’re just pipsqueaks with a weight problem. Will it stand up to the current state whilst riding on into a future with a big cousin looming quickly overhead? View here a conundrum!

Before we go on, have yourself a look at the release-day unboxing in NYC we’ve got up as well as the day after hands-on at home. That ought to give you an alright idea of what we’re dealing with as for how this device looks and feels in the hand. Quite a unique chassis is to be held.

We’ve had our hands on the first device to roll out with a Super AMOLED Plus display, the DROID Charge, also from Samsung, and let me tell you, it only gets better with additional inches. The Samsung Infuse only adds .2 to the display over the Charge, but at 4.5-inches and the largest Super AMOLED Plus display in the world, it feels like the biggest and the best. Upon plugging in the 32GB microSD card I keep around with a couple of big bad movies optimized for Android playback [as converted using this guide] I was thoroughly impressed. Making sure to use DoubleTwist Media Player as it automatically compensates for widescreen format movies. 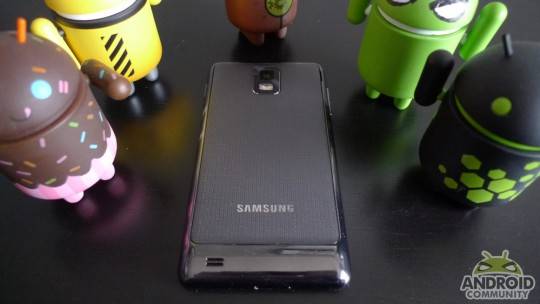 The device is a 5-inch by 2.34-inch by .375-inch candybar – just the tiniest sliver thicker than the thinnest handset in the world, the Galaxy S II. That means it’s pretty freaking thin. The Infuse weighs in at 4.09g, making it also one of the lightest handsets in the world. Better watch out of a gust of wind will carry this phone away. It’s got a 4.5-inch 480 x 800 pixel Super AMOLED Plus display, meaning again that it’s the biggest and brightest display for a handset on Earth, and it’s got a 1.3-megapixel camera on the front and an 8-megapixel camera on the back capable of 720p video recording [see examples later in this review.] 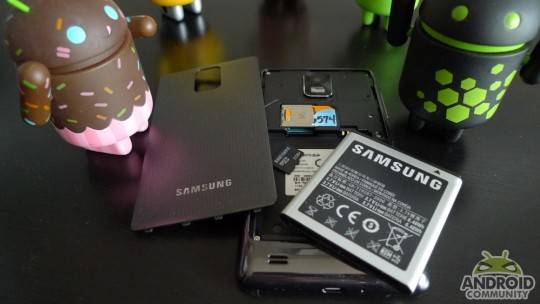 To access your battery, just pop off the back hatch – a very well constructed solution to the battery cover situation that’s been evolving nicely since the birth of smartphones such as these. An inside solution for a normally all-or-nothing predicament. Very classy. On the other hand, you’ve got to remove the battery to get access to your microSD card – nothing in the wide wide world of microSD cards irritates me more. For SIM card swapping, if that’s your deal, you’ve go nothing to worry about – flip at will! 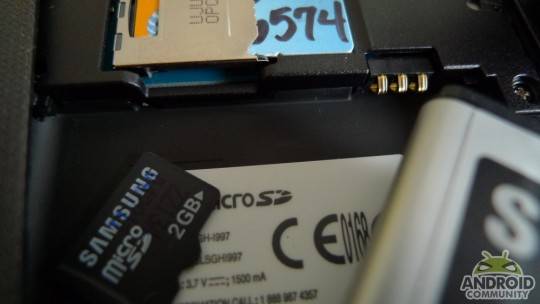 The device makes up for how abnormally wide it feels in the hand with how thin and light it is. It doesn’t FEEL like it’s as big as it is. Yesterday, Mother’s Day, this was the device I pulled out multiple times to show grandmothers photos of my wife and I’s newborn child (and yes, I had multiple smartphone-devices with me.) It’s big! It’s beautiful! It certainly makes no qualms about being out there and proud of it. 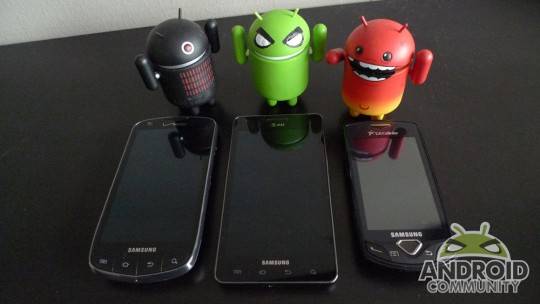 This is a Samsung phone so you’re rolling out with TouchWiz, a user interface that the manufacturer has created to differentiate themselves in the Android software world from hoards of competitors with their own similar solutions. TouchWiz is one of the nicest, one of my favorites, I’ll admit, and for a manufacturer-made UI, it’s not bad, and hasn’t been bad for a while. This is one of the last phones you’re going to see running the 3.0 version of TouchWiz, the brand new fabulous TouchWiz 4.0 [with brand new super features] being released on the Samsung Galaxy S II. TouchWiz 3.0 is a tested and true UI, and it’s basically a certainty that they’ll update this device to 4.0 asap – or at least one would hope. 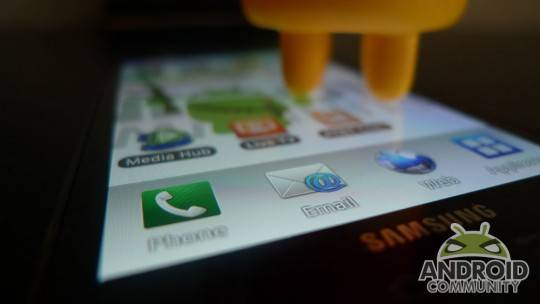 This device comes with 38 pre-installed apps, the majority of which, as per usual, come from Google. Therefor they’re generally helpful and aren’t the end of the world horrible to have on hand. There’s no native video chat app, but all the regular suspects work fine, and items from AT&T include myAT&T, AT&T U-Verse Live TV, AT&T Code Scanner, AT&T FamilyMap, and AT&T Navigator (powered by Telenav.) Beyond Allshare and YPmobile, there really isn’t a whole lot of clutter you’ll be having to deal with, and if you’re one of the thousands and thousands of Android users who doesn’t like to have ANY bloatware on their device, root is certainly impending. Maybe a click or two and you’ll be on your way. 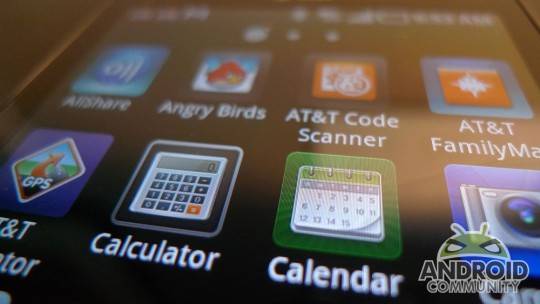 As for benchmarks, scroll down to performance and have your fill. Also be sure to check out Samsung Galaxy S II vs Infuse 4G Quadrant Benchmark Pummeling for a good giggle. 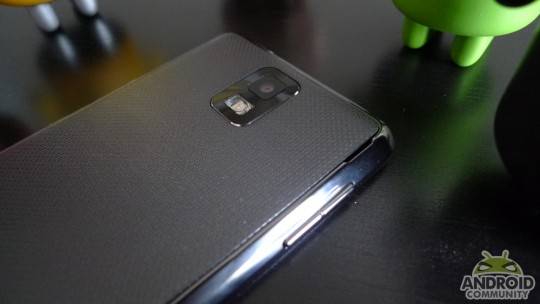 On the front of the Infuse you’re going to find a 1.3-megapixel camera for video chat and photos and an 8-megapixel camera on the back for video and photos as well. These numbers are basically pre-requisite for a top-tier device such as this these days, and we expect quality! Thusly, check out the results here: 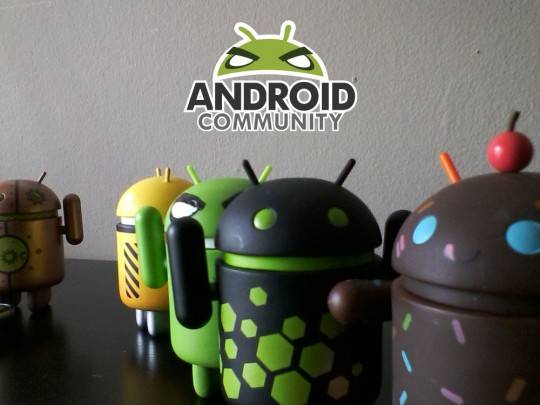 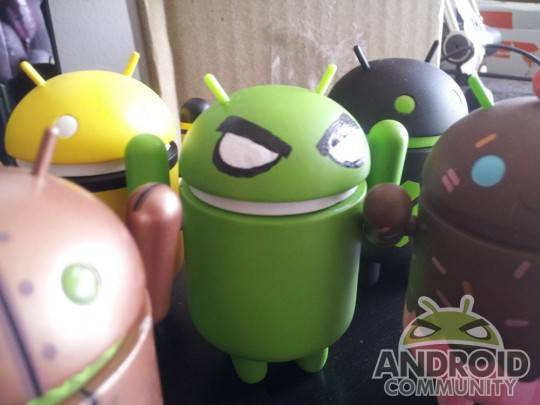 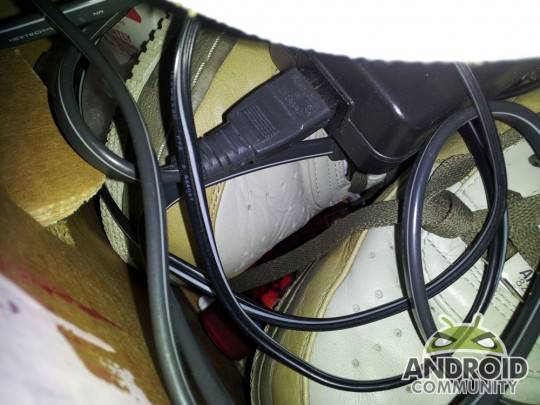 This device is one if not the very first device to be formally released with relatively new MHL technology allowing for your microUSB port to output to HDMI as well as USB for power and data transfer. To work with HDMI, however, you’ve still got to use an MHL adapter. Thankfully, you get a standard Samsung MHL adapter in the box when you purchase your Infuse. From what I can tell, video appears to be transferring through this adapter just as well as it does via a regular miniHDMI port on devices like the Motorola XOOM and LG G2x. For more information on this accessory, see the post entitled Samsung Infuse 4G MHL Adapter Requires Wall Plug to Work – deal breaker or positive move? 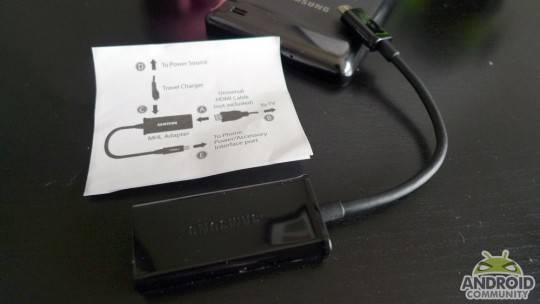 Voice call quality has been no less than superb, both to and from the phone, multiple phones on the other end tested. This phone has 2 microphones for noise cancellation (as all good phones should) and they work like a charm. There’s been some complaining over the past few years of the irritable call quality on the AT&T network across the nation, but yours truly here in Minneapolis Minnesota hasn’t had much more than the occasional dropped call – and none of them happened on the Infuse. 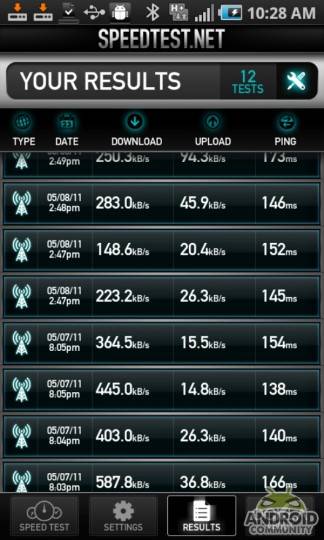 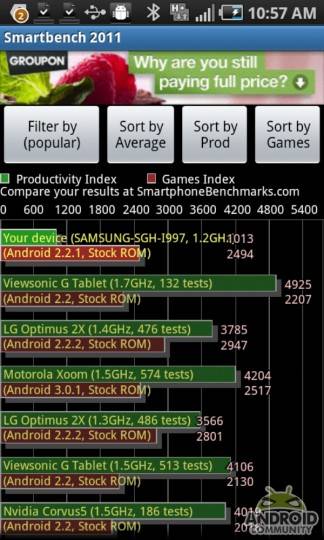 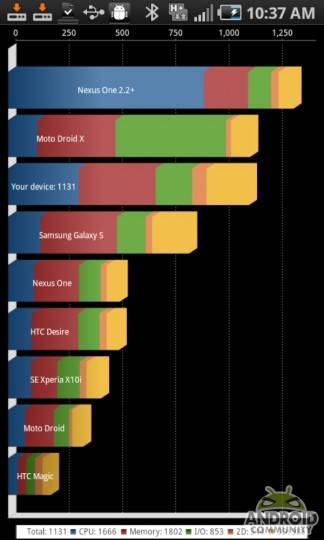 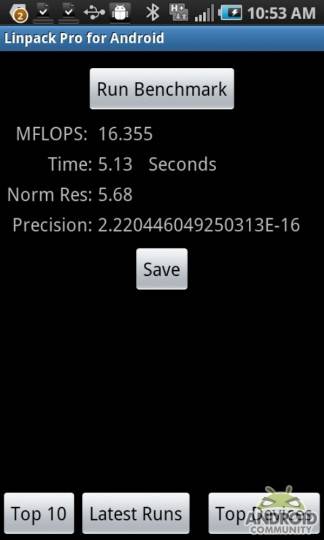 As far as performance goes, discover for yourself some benchmarks and compare at will to the competition. A year ago this phone would have had top hat it many categories. Today it falls a bit short of the big runners because it’s got only a single-core processor. Does that mean it should be dismissed? Heck no, it’s still a massively impressive multimedia device capable of wonderful things. Discover its numbers! 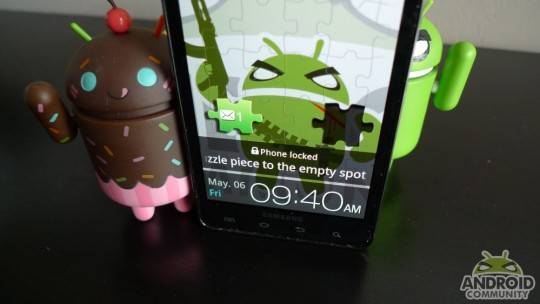 Inside you’ll find a 1750 mAh battery which thus far has provided 10 hours MAX with heavy usage. For an everyday user I’d suppose a full day would be a reasonable goal without a charge, but like with any superphone such as this, keep a charger in mind, if you know what I mean. Its got nowhere near the super-drain that the HTC ThunderBolt does, but it’s not going to win any several-day awards. Pretty average battery life amongst similar devices. 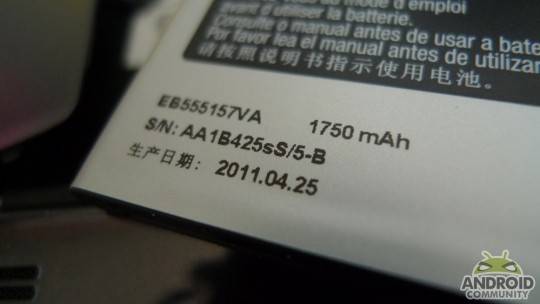 Impress your friends with the fact that you’ve got the biggest brightest display on the market! Play a movie or two from the comfort of your own palm in glorious high definition! Record some 720p video, take some 8-megapixel photos, and play Angry Birds like you were carrying a tiny tablet! If you’re familiar with the story of *Galactus, Devourer of Worlds, and his herald the Silver Surfer, you’ll understand what I mean when I say that this device has the Power Cosmic, but it’s about to pale in comparison to the hungriest of phones, the USA version of the Galaxy S II. Does that mean the Infuse should be dismissed? Absolutely not. This phone, like the Silver Surfer, is a radically awesome device with a story all its own.

But should you buy it? That’s why you’re here, right? This device costs $199 with a 2-year contract and no need for a rebate. That’s fairly cheap for a device such as this, and AT&T’s data network is pretty darn good when it comes to download speeds. I can’t say much for their upload speeds at the moment as I’m rather suspicious of them, but the download speeds are decent, certainly not the best on the market, but decent for everyday app downloading and so-forth.

If you don’t feel the need to wait for the Galaxy S II, go ahead and purchase this device. It’s the nicest Samsung device on the market today, and you’re going to enjoy the heck out of it.

ALSO NOTE: as with all device reviews, this is not nearly the end of our hands-on coverage of this handset. If you’ve got any questions that have not yet been answered, please, by all means, ask them. If I can, I’ll certainly answer anything you might be wondering about.