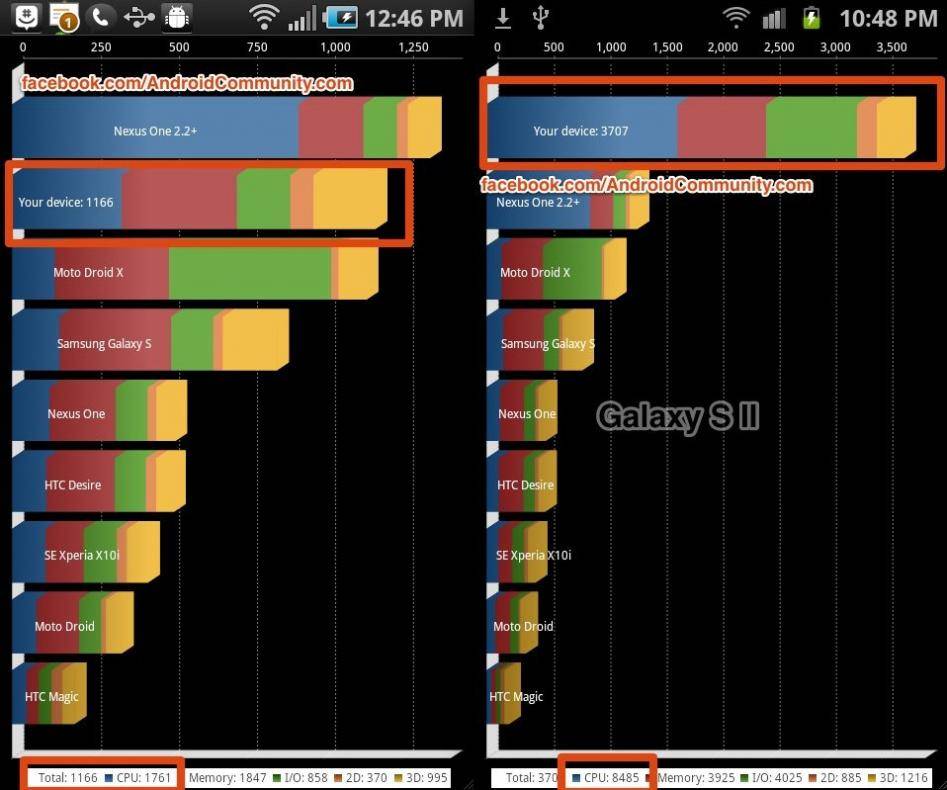 I know there’s a mob of citizens out there saying that these benchmarking tests are bad and unreliable and can be fixed to win and etc, etc, but I’m not going to start every single post with this warning – in fact, hold me to this – this is the last time I post this warning. If you don’t like benchmarks, don’t read benchmarks, and sit on it, Potsie. That said, we’ve been going through the guts of both the Samsung Infuse 4G and the Samsung Galaxy S II (the Euro version still since the USA version isn’t exactly ready for the world yet.) What we’re finding is that at first glance they seem pretty similar in their cosmetics. Upon closer inspection, they’re COMPLETELY DIFFERENT – and in no small way, let me tell you that.

First, have a look back at our first post on this war between the two brothers (or sisters, or cousins, whatever you like,) then come back and see the true test of mightiness. While it may seem that the Infuse, having a bigger screen and being released at least a few weeks before the Galaxy S II, may be the better of the two, you’ve got another thing coming if that’s you’re opinion. Have a look at this simple Quadrant benchmarking test: 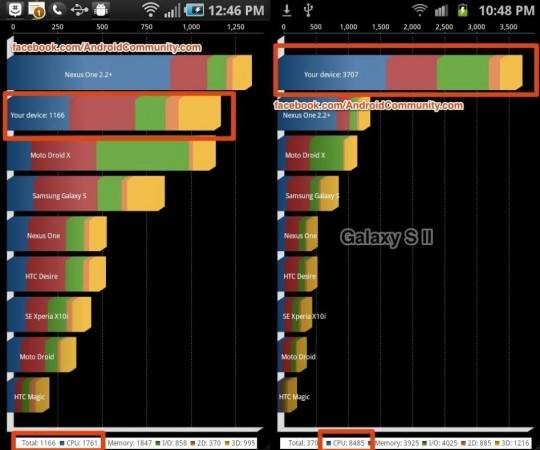 You know how much of a difference that is? A whole heck of a lot. That means that in essentially every single category listed here, CPU, Memory, I/O, 2D, and 3D, the Galaxy S II wipes the floor with the Infuse 4G. It’s as if it’s a whole different generation of phone. And it is. Once this GS2 machine is released in earnest (and by earnest I mean the USA, since I live here, ya know,) you’ll find that there’ll be basically no other choice but for manufacturers to step up their game not just a couple of steps, but a couple of leaps and bounds.

Also note, both of these tests have been performed straight out of the box!

See below for some additional chassis comparisons in clear view.