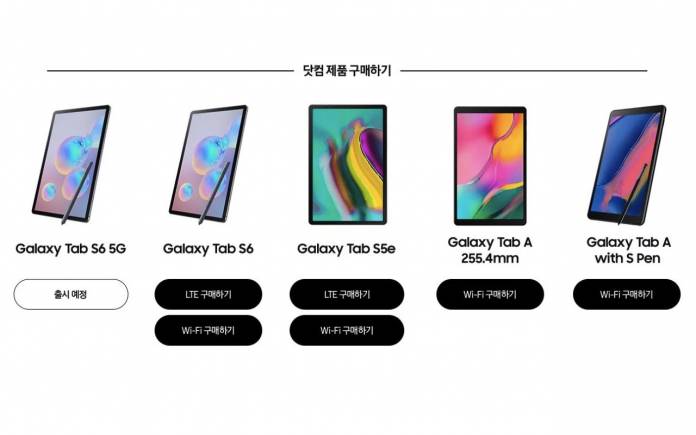 The Samsung Galaxy Tab S6 hasn’t been out for six months but it’s getting a follow-up. No, there won’t be any Galaxy Tab S7 yet but the Tab S6 is said to be getting a 5G version. The tablet was first thought to arrive with dual cameras and specs were made public before the official launch. More photos and features were leaked before the reveal including colors and an awkward S-Pen location. It is also said to boast a larger battery but would be lighter.

It was confirmed to be introduced before the Unpacked event. It was finally made ready with new S Pen and Bixby support. The tablet also soon received an HDR10+ certification.

Pre-order went up and incentives were offered to those who would place their purchases early. The Galaxy Tab S6 is said to be the first 5G tablet and looks like it is about to launch since the South Korean tech giant already confirmed it.

A Samsung Galaxy Tab S6 5G has been confirmed. It will be available first in South Korea with freebies and discounts. The company’s official website lists the Galaxy Tab S6 5G on its lasting page with a ‘coming soon’ note.

When it comes to the designs and specs, nothing major will be different. The LTE and 5G models will just different in connectivity. We’re crossing our fingers a CES 2020 launch will happen together with the Galaxy S10 Lite and Galaxy Note 10 Lite’s reveal. As for the Samsung Galaxy Tab S6 5G’s availability outside of Korea and in other key markets, we’re not sure exactly if and when it’s coming.