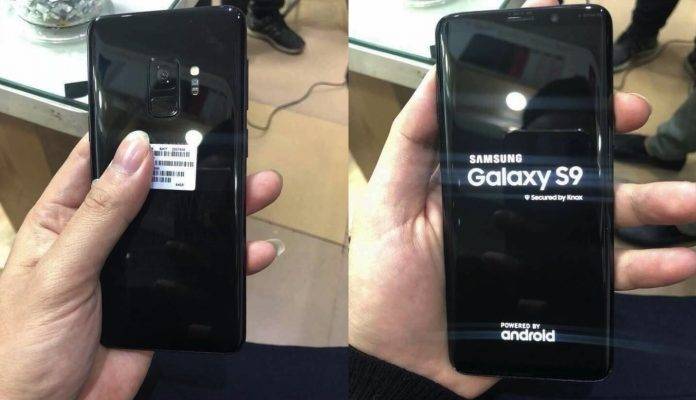 In about three days, we will get to see the new Samsung Galaxy S9 and S9+ and confirm all the rumors, leaks, and renders we have seen the past few months. Since July last year, we’ve been hearing a lot of information about the South Korean tech giant’s next-gen premium flagship. We’ve also seen dozens of renders. The phones which are hitting shelves on March 16 after the Samsung Unpacked reveal on February 25 will be shown off in augmented reality.

The next few days will be more intense. Anticipation is high and we want to know if both phones will score high again on different benchmarks and tests. The S9 series may even arrive with the “Uhssup” social network, the reimagined camera, faster LTE connectivity, plus some new functions and innovations.

The closest look we had was that set of images from last week. Today, we’re seeing live photos of the Samsung Galaxy S9 as pictured by Cườngmobile. The mobile phone shop is based in Hanoi, Vietnam and we’re assuming inventory is being prepped for rollout.

The Samsung Galaxy S9’s latest photos confirm what we’ve been learning the past few weeks. The design actually matches what we already know: the fingerprint sensor is still at the back but now below the single rear camera.