We’re counting the days until the Samsung Galaxy S9 and the Galaxy S9+ duo are unveiled. The Mobile World Congress will be filled with lots of mobile devices but we’re expecting the South Korean tech giant to be the forerunner. You see, we’ve been featuring the new premium flagship duo and as we get closer to D-Day, expect a barrage of information and leaks. Most of them will be confirmations and early live photos of the S9 phones. We just told you the specs and more images and now, here’s another set of details as listed on Geekbench.

Listed on the benchmark website is the Exynos variant of the S9+. The same phone with the same Qualcomm processor was recently sighted on AnTuTu with impressive scores. Meanwhile, Geekbench shows the high single- and dual-core scores at 3773 and 9024. The numbers are high compared to the S8 and S8+’s numbers from last year. 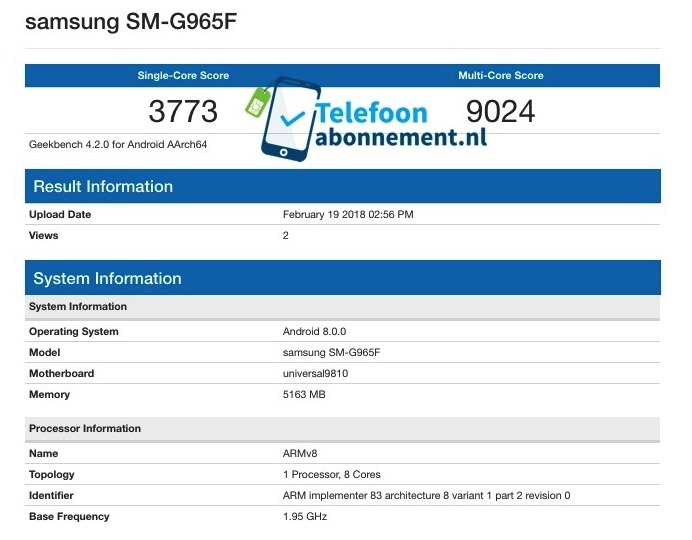 The Snapdragon 845 variant scored 2422 (single-core) and 8,351 (multi-core) as noted last December. Those are good numbers compared to the past flagship. If you find the Samsung Galaxy S8, S8+, and the Note 8 already powerful, then expect the S9 and S9+ to be even more powerful.