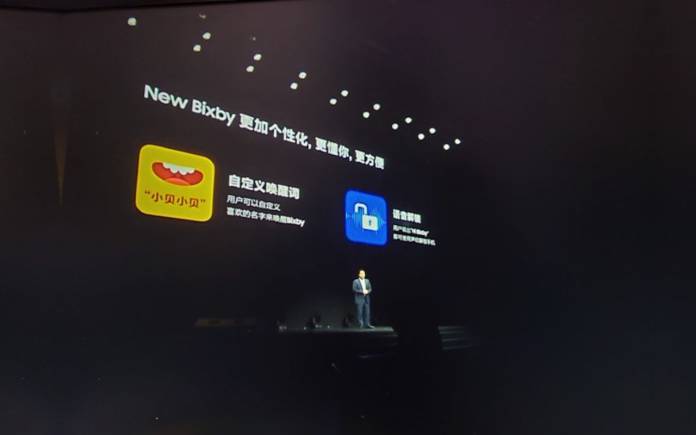 The Unpacked event is over and we’ve already got our hands on the Galaxy S10e, Galaxy S10, and the Galaxy S10 Plus. A series of teardown videos surfaced on YouTube. Others have reported a Galaxy S10+ unit was purchased early in South America. The phone has been discovered to have an optional virtual bezel to hide the camera cutout. We agreed the S10+ is the new Selfie King and learned all S10 phones will work with the Samsung Gear VR.

Much has been said about the Samsung Galaxy S10 series already but we’re more interested now with Bixby. The year started with us learning Bixby with Google apps support would be possible in the near future. Bixby 2.0 will finally give back support for Google apps, as well as, a new Galaxy Store.

The Bixby button remapping for Galaxy devices is out. And today, Samsung made public the good news that Galaxy users can customize Bixby wake-up words.

Instead of “Hi Bixby”, you can say “Hi IceCat” or “Hi AC” (or how about “Hi Baby”). Samsung announced this change over at the Galaxy S10 China launch. Our favorite Chinese leakster Ice universe (@UniverseIce) shared the news.

At the Galaxy S10 China conference, Samsung announced that users can customize the Bixby wake-up words. You don't have to say "Hi Bixby", you can change to "Hi IceCat" and so on.? pic.twitter.com/GatZwlKlcG