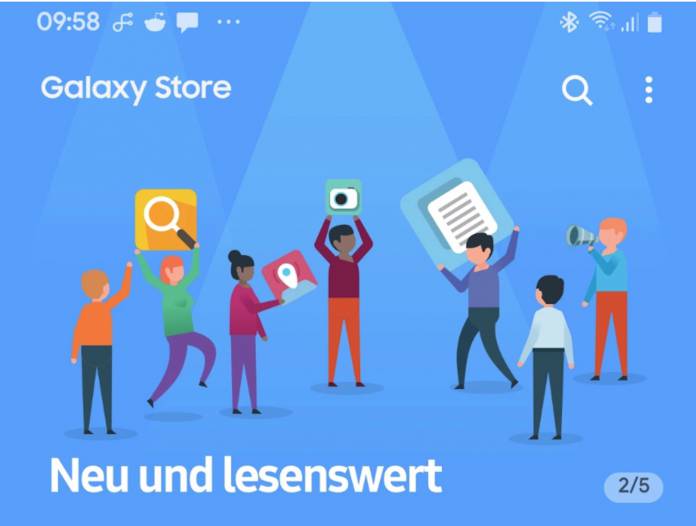 Some changes are a-foot at Samsung and it’s not just because of their Galaxy Unpacked event happening tomorrow. The folks over at the Korean OEM are busy launching new products at their Unpacked event tomorrow but there are also other things happening elsewhere. Their former Galaxy Apps store has now been relaunched as the Galaxy Store and it sports the OneUI design. Also, a trademark application for the term “Bixby Routines” has been filed with the US Patent and Trademark Office.

Some folks over at Reddit spotted (as they always do) a new look and name for the Galaxy Apps store. It’s now called Galaxy Store which is a better name since they will not be limited to just featuring and selling apps. The interface has also been changed and now reflects the OneUI design sensibility that Samsung introduced with the Android Pie update. The UI has a lot of curves and large headers but also looks much easier to navigate. The update may not be rolling out for everyone yet so we’ll have to wait.

Meanwhile, the USPTO has published the trademark filing that Samsung has made for the “Bixby Routine” brand name. The filing says that it will be using Artificial Intelligence to make changes to a device’s settings based on previous patterns of use. We don’t really know specifically what it does but we assume it will be similar what other routines which is make a series of actions that will be triggered with just one word or phrase.

We don’t know yet when this will be launched or when the update for the Galaxy Store will roll out. But all eyes will be on the Galaxy Unpacked event on February 20 anyway, so those will have to take a backseat to all Samsung concerns for now.