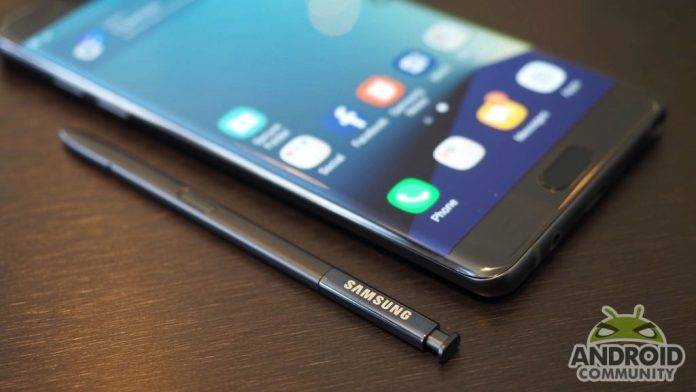 We’re building up anticipation for the Samsung Galaxy Note 8. We’re certain the South Korean tech giant will release a new Note. The Project Baikal was believed to be the phone codenamed as “Great” and is said to have a dual cam design. We’ve recently seen a 3D printed model of the upcoming phone as shown off in a video so we know it is definitely in the works.

Now we’re learning that the smartphone may already run Android 7.1.1 Nougat out of the box. The phone is also believed to sport a large 6.3-Inch OLED Infinity Display. The latter is something that is also expected since the Galaxy S8 and S8+ use the same display technology. Some are saying the phone may even be delayed a bit because of more work on the system.

It’s already confirmed that the Galaxy Note 8 will feature the same aspect ratio as the S8. It will be 18.5:9 for the Infinity Display. We’re not sure if it will feature the same 4K UHD but we don’t see any reason why Samsung would change it. This also means there won’t be any home button at all.

What we’re more concerned at this point is the version of Android. We’d be happy with just Android 7.0 but Android 7.1.1 will be better. But then again, there’s Android 7.1.2 already. It’s not exactly the best news though because there’s also Android O. We’d want the new Android O platform to be installed instead of any other OS version because it is the latest.

Android O is not yet available but we’re crossing our fingers it will be ready once the Samsung Galaxy Note 8 is officially announced.