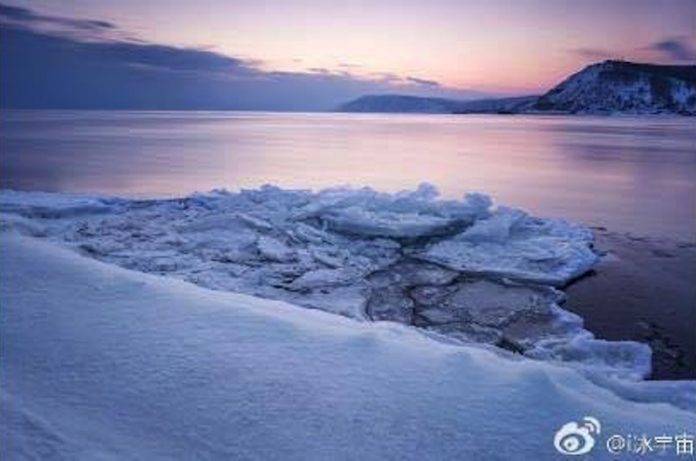 Oh, we know Samsung will still push through with the Galaxy Note 8. We believe the idea because it’s another big opportunity for Samsung to make up for the Note 7 fiasco. If the Note 8 succeeds, then Samsung will once again be the talk of the town. This time, we’re hoping reports about the next Note device will be more positive and encouraging.

Recently sighted in Weibo is some information about its codename. Posted on the Chinese social network is an image of some melting ice and the ocean. We’re not sure where it is at first glance or if it’s just a random photo but there’s a mention of a “Project Baikal”.

This is said to be the early name for the Galaxy Note 8. As it turns out, Baikal is the deepest lake in the world also known as the Lake Baikal which is located in Russia.

Not much information about the Note 8 was provided but this Baikal reference tells us that the phone could have more “depth” compared to the older Note models and even the upcoming Galaxy S8. We’re careful not to give any meaning to the lake being in Russia so we’re just looking at it as a lake–the deepest and the biggest lake of sweet water in the world. We’re hoping now that the Galaxy Note 8 will also be known in the near future as one of the best smartphones that will be introduced in the mobile industry in the recent years.