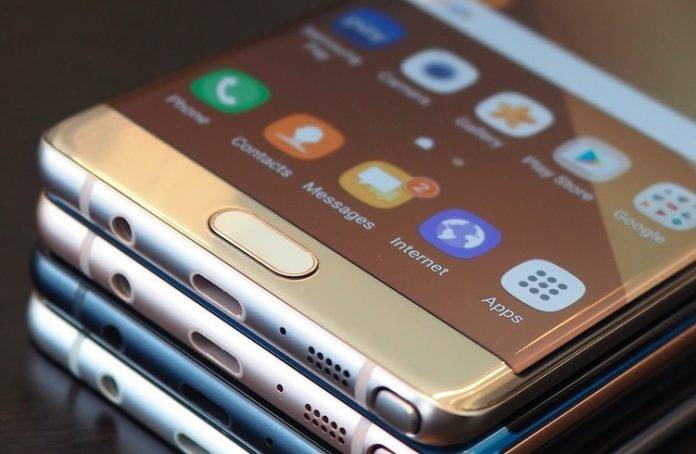 The latest Samsung Galaxy Note 7 is finally out. We’ve been waiting for this since it was announced a few weeks ago and it’s now available. If you’ve pre-ordered for one, expect to receive your order anytime soon. If you haven’t, it’s the perfect time to go to the mobile network or retail store of your choice to purchase your new phablet. You might even receive a free Galaxy Gear S2, an extra microSD card slot, or perhaps a year of Netflix subscription.

Samsung is busy with advertising the new phone and it’s been showing off how the Note 7 together with other gadgets will unlock ‘A Galaxy of Possibility’. The large screen smartphone is said to be another bestseller which may even surpass sales of the Note 5. It’s not just ideal for work and productivity. As with most Galaxy phones, it’s great for entertainment and gaming. We’ve seen a number of videos already from the South Korean tech giant so we know why it’s an ultimate entertainment device, it can survive a drop test, is safe and secure with the iris scanner and Samsung Knox, and comes with an enhanced and water-resistant S-Pen.

Apart from the Note 7, Samsung is also focusing on the Gear VR, Gear 360, Gear IconX, and Level Active. These devices are perfect companions for the new Galaxy Note 7 so you can accomplish more. The Samsung Gear VR takes you to the virtual reality world. It’s been redesigned with a more stylish look and for more comfortable use. It’s still $99 from AT&T, T-Mobile, Best Buy, Samsung, and Verizon.

Meanwhile, the $349 Samsung Gear 360 lets you capture events or your surroundings in 360-degrees. This camera allows you to shoot videos in a new way we never imaging possible before. This makes virtual reality accessible to more people because anyone can now record and share videos even when mobile.

For the audiophiles, there’s Level Active offering premium audio quality despite the lightweight design. It’s sweat-resistant so it’s perfect to use during workouts. This $99 pair of headphones features a behind-the-neck cable design so it’s more comfortable and easier to control music or answer calls. If you want a cable-free experience, there’s the Gear IconX earbuds ideal for the fitness buffs and music lovers. It’s more expensive than the Level Active at $199 but it’s not just any pair as it can also track one’s distance, speed, pace and heart rate in real time. You can use it with the S Health app so you can easily view your progress.

Last but not the least, there’s also the Samsung Connect Auto as a car solution for the techies. This brings a reliable mobile Internet connection while inside the car. It becomes an instant AT&T 4G LTE Wi-Fi hotspot so you can stay connected while on the road.