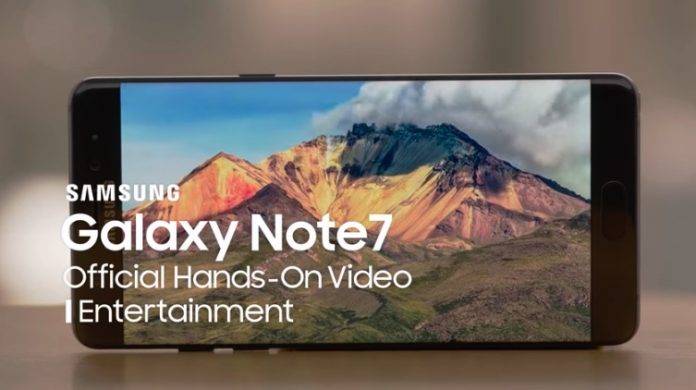 Together with Samsung, we have high hopes about the new Galaxy Note 7. It’s the first non-flat Note ever. The South Korea tech giant skipped the Note 6 to move up from the ‘5’ to ‘7’. It’s currently up for pre-order on some key markets and the company is expecting that they will hit about three million shipments in one quarter.

We’re in the process of doing a comprehensive review and analysis of the new phablet. More similar reviews will be published but right now, Samsung is busy releasing ads and hands-on videos. We’ve seen a few already including the iris scanning feature, S-Pen, and now this–the smartphone’s many entertainment features.

The Samsung Galaxy Note 7 is one impressive entertainment device with is WHQD Super AMOLED screen. Samsung noted that there is a noticeable difference between the non-HDR and HDR mode. You’ll be able to see deep blacks and the whitest of whites, as well as, the rich and vibrant colors as the video creator intended the colors to show on the screen.

Samsung’s latest premium Galaxy Note allows for an ultimate mobile viewing experience. It’s not only the quality of the screen and display but also because of the S-view cover that works as a stand. Mobile user will no longer have to worry about empty or low battery because there’s a backpack wireless battery case. It’s water-resistant so you don’t have to worry about it getting wet with the Note 7.

When it comes to gaming, the Note 7 impresses with killer gameplay, fast performance, and stunning graphics. The phone uses less energy and less heat too so it won’t be as hot after hours of playing. Phone also works with the Gear 360 so you can enjoy capturing and viewing videos taken in 360-degree.