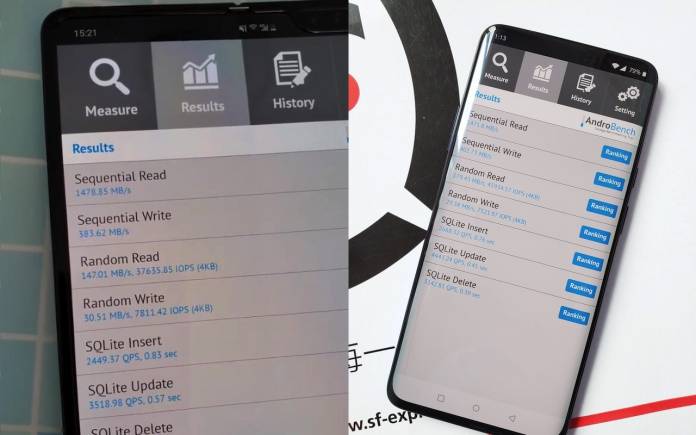 The Samsung Galaxy Note 10 is one powerful premium flagship smartphone. We haven’t done any comprehensive review yet, only a hands-on feature but we know it can exceed our high expectations. We’ve noted how both phones are lighter and slimmer and are yet more powerful. Samsung already knows what it’s doing and we’re hoping a Note 7 will not be repeated. The Galaxy Note 10 series is a first from the South Korean tech giant. It only usually releases one model but this year, there’s two. The regular Galaxy Note 10 is joined by the Galaxy Note 10+.

One of Galaxy Note 10’s major features is the UFS 3.0 storage. We’re assuming it’s the same one on the Galaxy Fold. We didn’t describe it in details but we knew this feature meant faster performance.

Our favorite Chinese leakster Ice universe (@UniverseIce) shared a new discovery. The source said that the Note 10’s UFS3.0 performance is now the most powerful. It’s probably the fastest in the world today.

The Note 10 is even more powerful when compared to the Galaxy Fold and the OnePlus 7 Pro if we are to look at Random write and SQLite. Note 10 makes use of a new File system, that’s why.

The numbers below show results from AndroBench, a storage benchmarking tool, that was used in testing the Galaxy Note 10. 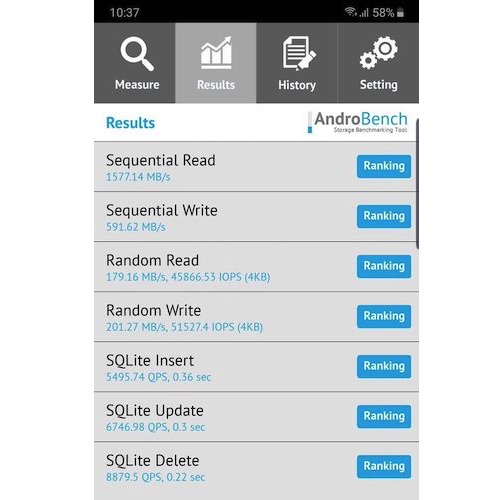 We can fully describe how fast the Galaxy Note 10 is. You gotta try it out for yourself. We just know it’s faster than ever at around 2x in bandwidth. Added speed always means more efficiency in performance, storage, and data processing.