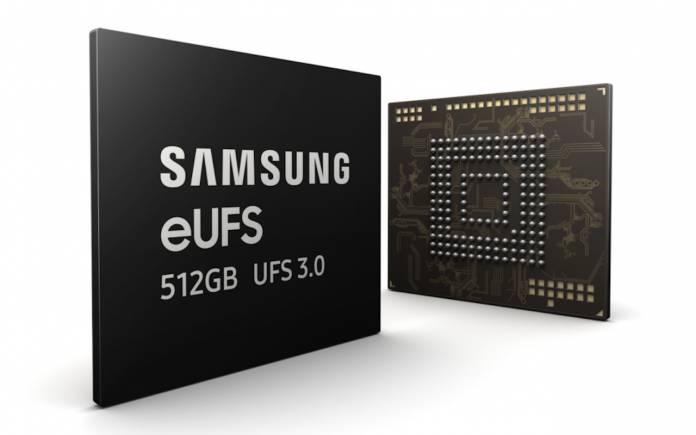 The Samsung 512GB eUFS 3.0 is based on the V-NAND. It’s the fifth-gen ready to work with the latest Universal Flash Storage standards. Compared to the regular microSD card, the eUFS is faster by 20 times. The 1TB storage capacity is the ultimate target but for now, it’s 512GB. Mass production has started so expect future smartphones and other mobile devices to be ready for the new eUFS 3.0. This will be better and faster than the eUFS 2.1 so imagine the possibilities.

The 1TB version may overwhelm you but the large storage capacity on small mobile devices means the industry is ready for more advancements. It can be difficult to fathom how fast–it will just be super fast.

The eUFS 2.0 interface was introduced back in 2015 so it’s been four years since then. We’re now on 3.0 so the improvement is very substantial. It’s something that can match the performance of notebooks but can now be taken advantage in a smaller form.

The eMMC storage is still common in phones today but it’s considered slow compared to the UFS standard. The embedded version has always been around but only a few use it. Samsung is ahead of the competition already so this eUFS 3.0 will even double what is already considered as fast.

Interestingly, the Samsung Galaxy S10 only use eUFS 2.1 so maybe the South Korean tech giant missed some deadline. Hopefully, it will be ready for the next-gen Galaxy Note 10.