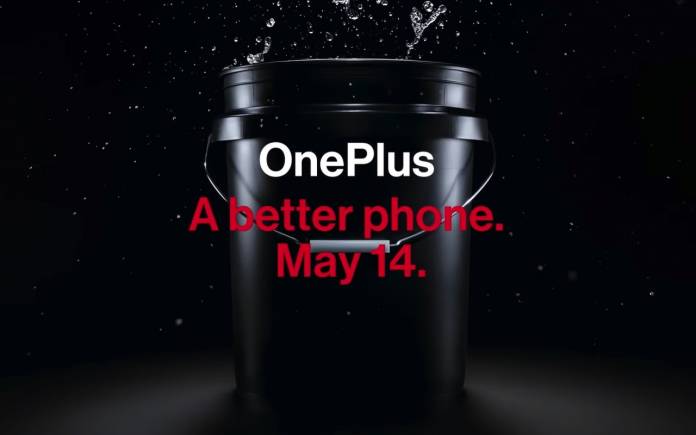 In about a week, the public will finally see what the OnePlus 7 will be all about. The new series consists of the regular OnePlus 7 and the OnePlus 7 Pro variant. This is the first time the Chinese OEM will be launching two flagships at once. We’re excited to know how the market will respond. It’s usually positive but we’re curious if they will go for the Pro model instead and be willing to pay more for a bigger screen, more storage, and more cameras.

The OnePlus 7 smartphones will be unveiled on May 14 at a special event in New York. The triple rear cameras have been confirmed. The selfie camera may be hidden but nothing much has been said about the device’s water-resistance rating until today.

The company posted another teaser that shows the OnePlus 7 being dropped into a pail of water. It tells us that the phone will be waterproof and water-resistant. An IP rating is a clear indication of what the phone can survive but the video below is a better demonstration:

The OnePlus 7 Pro will survive being dropped into the sink or pool as per a recent statement. It can survive the rain. Interestingly, you won’t see an IP rating of the product because OnePlus doesn’t want to spend on it. So yes, the phone has NO IP certification.

IP classification costs some money but OnePlus wants to go another way. A quick dunk into a bucket of water to test the phone’s water-resistance. It should be okay but OnePlus is also telling us the phone’s warranty doesn’t cover water damage.

Well, others don’t really care for water-resistance. What most people care about are screen sizes, camera performance, batteries, and storage capacities. If not storage capacities, read/write speed. And good news, the OnePlus 7 Pro will also feature UFS 3.0 storage.

This means it will be ahead of the Samsung Galaxy Fold. The Samsung foldable phone comes with the said feature but the unit’s market release has been postponed due to the display breaking.

The OnePlus 7 Pro will be the first to market a phone that uses UFS 3.0 storage only because of a mishap on Samsung’s part. A OnePlus phone implementing UFS 3.0 with Qualcomm Snapdragon 855 and Snapdragon X50 modem also means it will be faster than some of the latest flagships already available such as Samsung Galaxy S10, Xiaomi Mi 9, and the Huawei P30 Pro.

Yes, the OnePlus 7 Series will include UFS 3.0 to give you next level #fastandsmooth experience. ? #OnePlus7Series

The OnePlus 7 Pro will be faster than the latest flagship phones. So that’s what the “fast and smooth” reference is about. Who’s excited for the new OnePlus 7 series?