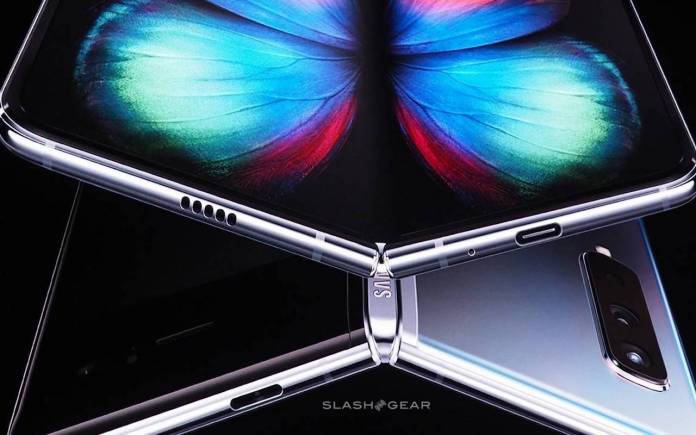 The foldable phone category may finally take its flight after several weeks of being canceled. The Samsung Galaxy Fold is said to be released in the coming weeks although there is no exact date provided yet. There is no giving up for the South Korean tech giant since it’s been working on this tech for years now. Just last week, we were told fix was still not done but looks like there is some progress. We’re not sure how many firmware versions are available but we’re only looking forward to a fix for the display breaking.

Initially, Samsung was planning to release the Galaxy Fold last April 26. Some members of the press were given the phone as review units but unfortunately, most of them experienced displays breaking.

Samsung hasn’t really sent out a proper explanation or fix but some people are saying it happens when the protective layer is removed. It’s not the only problem but it’s the most annoying one reported. It doesn’t seem to be an isolated case but still looking forward to an official fix.

The Samsung Galaxy Fold may not see a June release but anything can change. It may happen next month since we’re almost in the middle of June.

Samsung is still launching the Galaxy Fold. The South Korean tech giant is positive the fix will be ready even if pre-orders have been canceled on Best Buy. We’re looking forward to the changes and the market launch not only in South Korea and the United States but also in other countries.

The US launch will not be too late according to mobile chief DJ Koh. Interestingly, other Samsung products are also on hold like the Galaxy Home smart speaker. It’s supposed to be out this quarter but release has been moved to Q3.

There is no mention why the smart speaker is being delayed but we’re looking forward to Samsung keeping its promises. It’s not like the brand to hold production and get delayed in market rollouts.