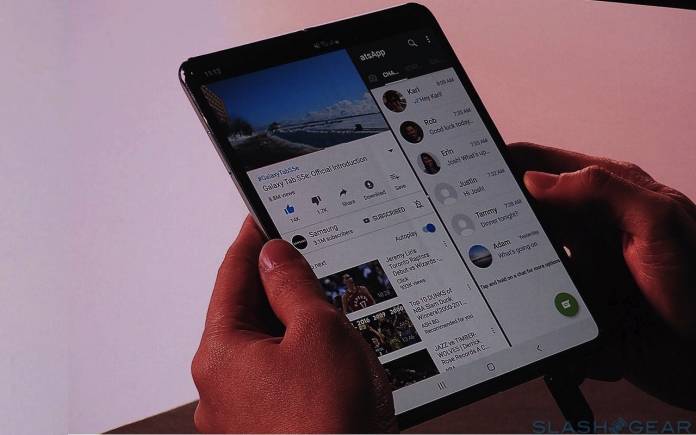 The Samsung Galaxy Fold finally arrived last quarter but to our disappoint, the South Korean tech giant had to postpone market launch because of reports of display breaking on review units given away to members of the press. Disassembly of the phone has shown foldable and hinge mechanism but it’s not clear how some screens have stopped working. The immediate solution was to cancel foldable phone employee training and launch in China as Google is working on an official fix.

As the recall was happening, Samsung was trying to explain that removing the protective film may have been the culprit because some elements could enter. It’s not believable yet but we’re hoping the company may publish an explanation after a series of investigations.

It’s up to those who placed their orders if they want to keep or cancel. Samsung Galaxy Fold fix is almost done and may be launched again soon.

We’re curious to know what Samsung will say about the $2,000 foldable phone that has failed the public even before market launch. We have our guesses but we’ve learned not to share until the company comes up with something.

There is no confirmation yet but the company is said to have reduced the gap in the hinge. This may prevent particles from getting in, therefore, avoiding screen damage. The screen seems to be very sensitive so dust can get through which isn’t really ideal for the new foldable phone.

Samsung should have checked everything before the Galaxy Fold is presented. We know the mistake isn’t at the same level as the Galaxy Note 7 battery fiasco but we want to be sure.