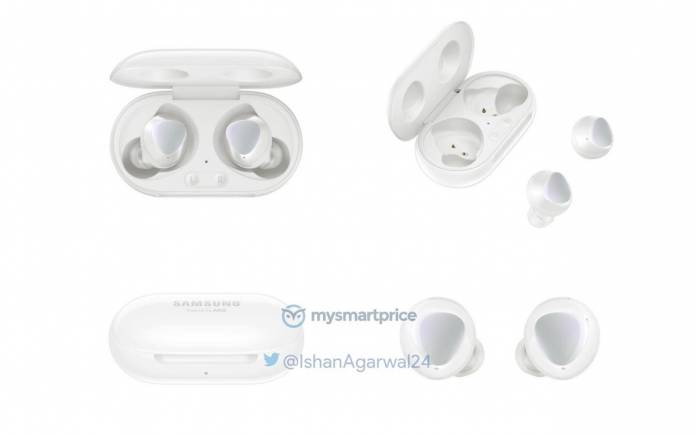 So many information about the next-gen Galaxy S series and Galaxy Z Flip clamshell phone are coming out. Samsung fans are getting more excited about the Unpacked 2020 event happening on February 11 that we seem to have forgotten about the second iteration of the Galaxy Buds. The first pair was introduced to the market early last year as a freebie for pre-orders of Galaxy S10 and so we’re expecting a Galaxy Buds 2 to be ready for the Galaxy S20 and the new Galaxy foldable phone.

Some information we know so far about the new pair includes the Galaxy Buds+ having a better battery and more microphones. It may not have any noise cancellation though as we also shared earlier.

We were informed a new pair could be arriving back in December and that it would be ready with the new premium flagship Galaxy S smartphones. There was an even earlier rumor of a new “aura” color and looking at the images shared by Ishan Agarwal (@ishanagarwal24), it looks like there really is a new color option available.

The young tech enthusiast has been consistent in sharing information and images of upcoming flagship products. He just shared “official high-quality renders” of the Samsung Galaxy Buds+ aka Galaxy Buds 2. He also said the pair may be more expensive by 50% compared to the first model.

No other major details have been provided but there was that mention of more colors and a bigger battery of Samsung’s truly wireless earphones. Enhanced touch control and updated Bixby may be expected as well, as the previous Galaxy Buds were updated with such. An updated battery percentage display can also be a feature.