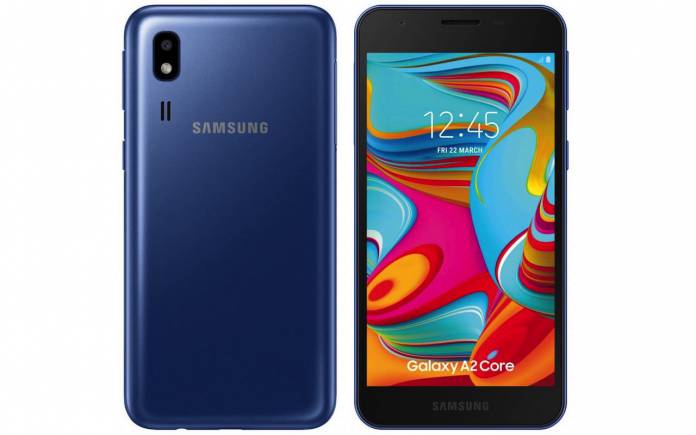 Almost a month ago, we told you about the Samsung Galaxy A2 Core as the next Android Go phone. Its user manual was leaked before and today we’re learning the smartphone is now available in India. The device just launched in the country with an Rs 5290 price tag which is less than a hundred dollars when converted. The Samsung Galaxy A2 Core is definitely a low-budget phone but with decent specs, good enough for your teenage kid’s first phone or your secondary phone good for sending SMS, making calls, and quick web browsing.

The device was leaked last month as the SM-A260F model. Most of the specs and features turned out to be true. There’s only 16GB of onboard storage but with a microSD card slot, memory can expand up to 256GB. 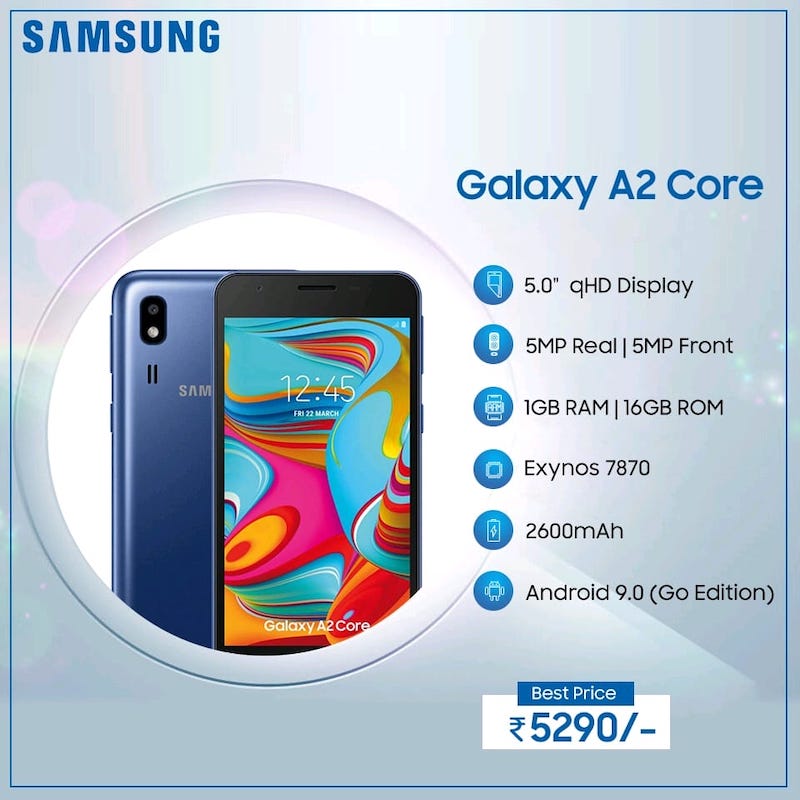 You can choose from either the White and Black Samsung Galaxy A2 Core. You can also avail of the Android Go phone from most offline shops in India. You can get one from Mahesh Telecom.

There are only a few Android Go phones we know. This Samsung Galaxy A2 Core joins the likes of the Xiaomi Redmi Go, BLU VIVO Go, ASUS Zenfone Live L1, and the Samsung Galaxy J2 Core (also from India).