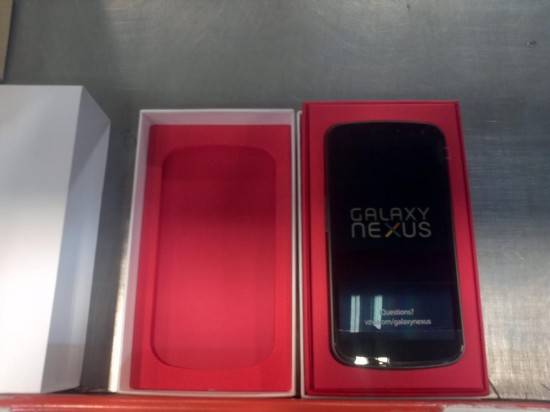 Stop me if you’ve heard this one before. Numerous anonymous tipsters are crying that the rumored December 9th release date for Verizon’s long, long, long-awaited Galaxy Nexus is now invalid, and there’s no news on a revised release date. This comes weeks after the flagship Ice Cream Sandwich phone was released in the UK and other markets, and Americans eager for a taste of Android Ice Cream Sandwich are growing furious at Verizon’s tongue-tied non-launch.

To be fair, Verizon still hasn’t committed to any sort of date for the Galaxy Nexus. You’d barely know that they were planning a release at all, since the only official indications they’ve given so far are a blank page and a sentence in a PR report. The LTE version of the phone made surreptitious appearance at a New York Verizon event before being unceremoniously yanked. Despite reports that the phones themselves are appearing in Verizon stores and other locations, There’s no word from Verizon confirming any date, though internal documents had (until today) set December the 9th as the retail launch.

Let’s get down to brass tacks here: this is a crappy way to treat your customers. Thousands of people are chomping at the bit to give Verizon money, many of them at the ridiculous full retail price of the phone, and they continue to say nothing, spouting promotions for NFL apps all over Twitter and Facebook. The DROID XYBOARDs and White RAZR were announces yesterday, and no one’s been waiting for those for weeks. The absolute least they could do is give some concrete information on when to expect the Galaxy Nexus. Alas, that appears to be too much to ask.