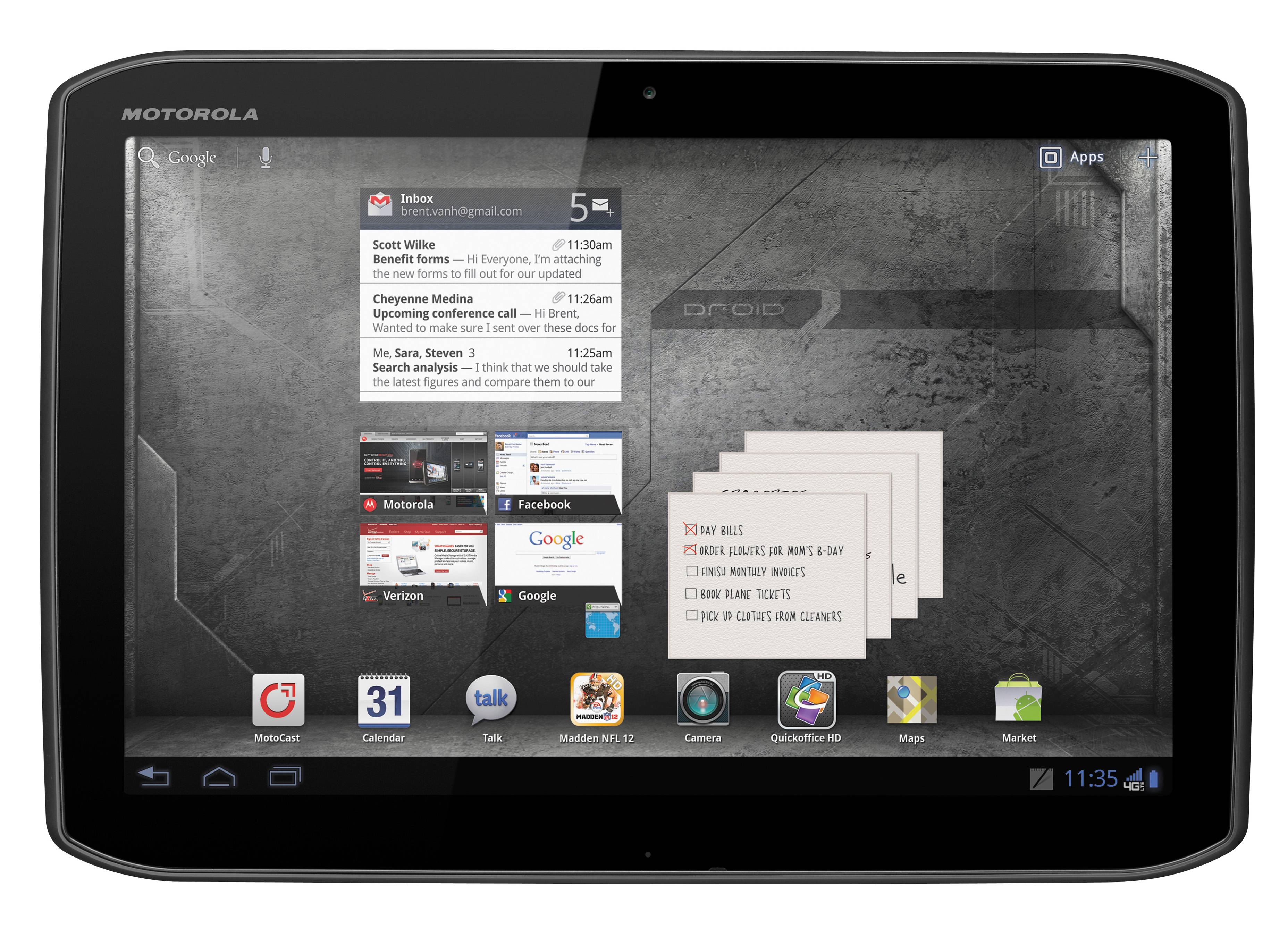 As far as specs go, both tablets are solid, though not as eye-popping as the original XOOM when it was released earlier this year. The screens are “high-definition” (almost certainly 1280 x 800) IPS LCD panels, running on top of 1.2Ghz dual-core processors and 1GB of RAM each. Exact dimensions aren’t available, but Verizon assures us that the tablets are “lighter than a paperback book and thinner than a AAA battery.” A 5-megapixel camera adorns the back with a front-facing shooter thrown in for good measure. Both with have access to Verizon’s LTE network.

Both tablets will launch with Android 3.2 Honeycomb, though you can expect an Ice Cream Sandwich update sometime in the future. The standard Motorola and Verizon apps are included, and customers can add LTE WiFi hotspot functionality for an additional fee. The exact release date is not available just yet, but a promotion will allow you to take $100 off a DROID XYBOARD when you purchase a DROID RAZR, plus $50 of free accessories.