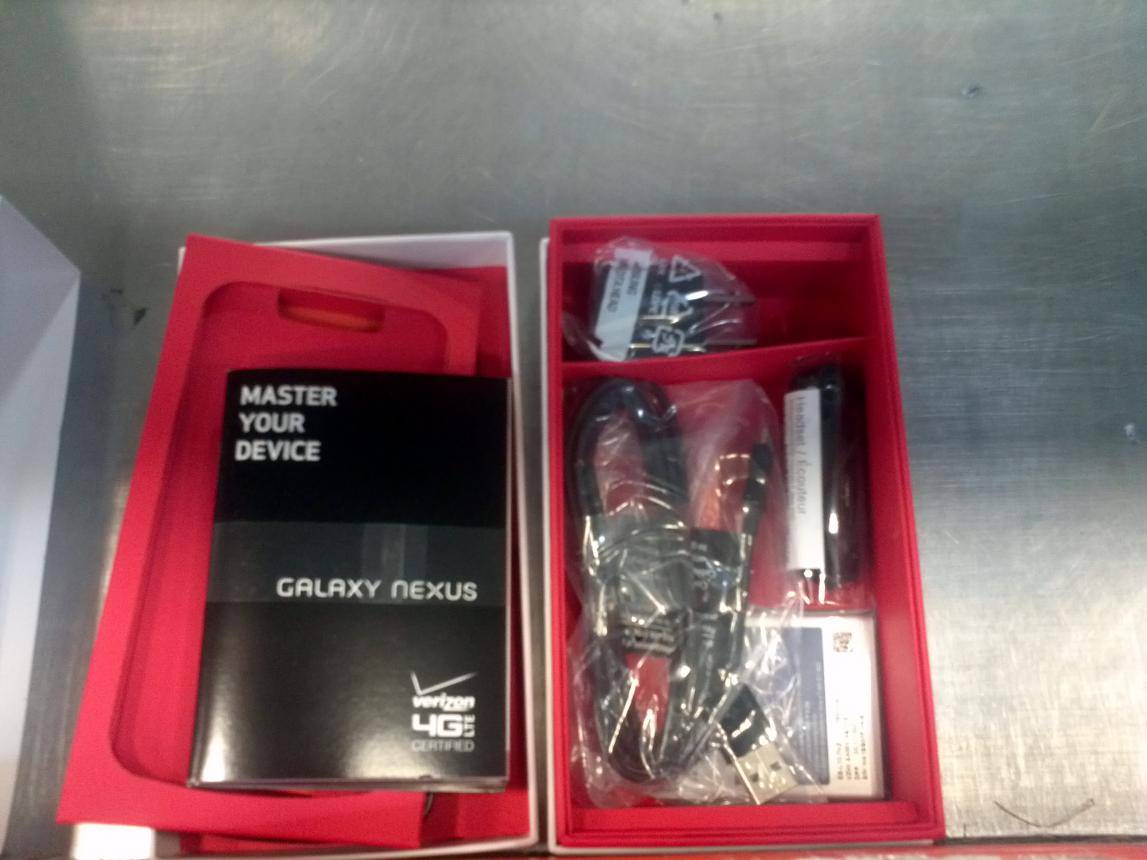 Here we go guys, Verizon is finally starting to maybe get ready to make some noise with the Galaxy Nexus. For all those awaiting its arrival the time may finally be coming. We are now seeing actual hardware devices and retail packaging for the Samsung Galaxy Nexus arriving in Verizon Wireless retail stores thanks to a tip from XDA Developers. Hopefully I can convince the pretty blonde at my local Verizon store to sell me one early — I’ll be taking flowers with me later today for good measure.

What we see here is that famous NEXUS symbol and the Verizon 4G LTE enabled Samsung Galaxy Nexus finally arriving actually in stores. This is a very good sign and I’m still holding strong with my promise for an occupy Verizon if they don’t announce it by the end of today. According to our latest sources Verizon is still aiming for December 9th as the official release date. Meaning there’s a good chance they’ll announce the device today and it will be available by the end of the week. This is still just a rumor along with the many we’ve previously seen so take it as you will.

There are a few more retail packaging photos in the gallery below and plenty of information at the XDA thread linked to above. With Samsung showing off the Verizon edition this weekend in NYC and the latest update to Android 4.1 I’d say things are finally ready for the green light. Don’t get too excited because we should all remember the DROID Bionic delays — just saying.

Stay tuned as we have a feeling an official announcement and some pre-order information could be showing up any day now. Who’s getting excited?