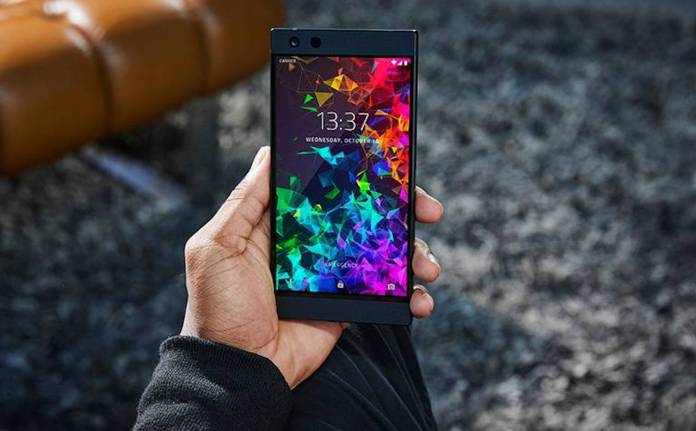 A Razer Phone 3 will not be coming. No, we’re not sure about that but maybe, just maybe, Razer will consider launching a third-gen gaming phone when 5G connectivity is on full throttle. The Razer Phone 2 dropped six months ago so people are expecting the 3rd-gen model. That’s what we got from the latest discussion surrounding Razer and its recent decisions. Razer isn’t going out of business but it’s making some executive changes. It partnered with Tencent for mobile gaming advancement.

We don’t think a new phone will out but the 2nd-gen has just received Android 9.0 Pie with Digital Wellbeing and 4k60FPS recording. The Razer Phone 2 was confirmed, rendered, certified, and then launched.

Interestingly, Razer has recently given up on its mobile team and online game store. It teamed up with Tencent for a special collaboration that will focus on Software, Hardware, and Services. What will happen is that Tencent’s games will be optimized for the Razer Cortex and Razer’s platforms.

Razer explains that this move is part of its mobile gaming strategy. It is shifting its focus on software more than the hardware. Razer noted that the industry is moving to 5G so it will be a big change for a number of sectors.

We know HTC has its 5G Hub with 4K video streaming for low-latency gaming. Other 5G-supported phones are expected to offer not just speed but topnotch performances. This means more apps and services will be efficient because of the fast mobile Internet connection.

The 5G tech is available but only a few 5G phones are available. Razer pointed out coming up with 5G devices isn’t a problem but the lack of 5G networks. Efforts are being made by several carriers especially in South Korea and the United States but 5G is yet to become a standard.

Faster 5G connectivity may deliver a lot of advantages to the industry especially in terms of mobile gaming. We can agree that apart from connectivity, the software of a device matters more.

What’s the point of premium specs and features if OS is outdated. More often than not, problems that arise can greatly be fixed via a software update or fix. So instead of focusing on hardware, Razer could be looking at the hardware and 5G technology moving forward.