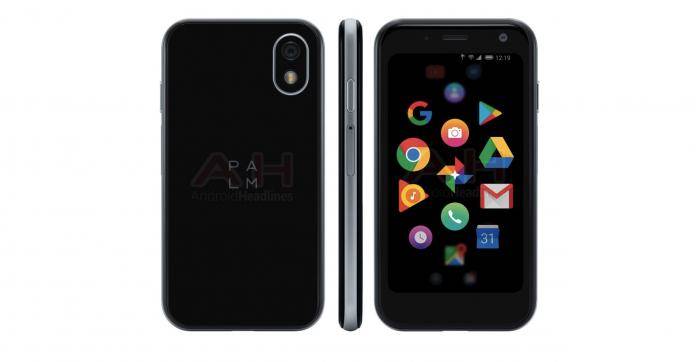 Palm is getting back into the smartphone game. The brand has fully bowed out of the mobile business but we can say it has slowed down significantly. The people behind seems to have missed the Android train from almost a decade ago. We’ve been wishing for an Android-powered Palm device but still nothing. We believe something must be done or should have happened the past few years or so especially since a Palm executive moved to Google to work as User Experience Director for Android.

Palm’s Matias Duarte joined Google back in the year 2010. We expected an Android device with Palm Pre-like form factor but nothing really significant.

We remember that EVO 4G and that time Amazon was looking to buy Palm. The movement has been slow but HP was also once tipped to sell its mobile patent portfolio.

In 2014, Qualcomm snatched about 1,400 patents from HP relating to Palm, iPaq, and Bitphone. And then there was Alcatel rumored to be resurrecting Palm for new markets but that was almost three years ago.

Earlier this year, Verizon and TCL were believed to release a new Android-powered Palm smartphone. In case you haven’t heard, HP sold the business trademark to TCL. The latter is a Chinese electronics company that also works with other mobile OEMs such as Blackberry, Vertu, and Alcatel.

The Palm Android phone is coming very soon. We believe it’s going to happen especially now we’re seeing images of what could be the interface.

Nothing is certain yet but the image above of the “PVG100” looks promising. We don’t think it will be a significant size as the screen is only 3.3-inches with 1280 x 720 resolution. That is small since the current smartphones being introduced in the market usually start at 5-inches.

TCL will be manufacturing the Palm PVG100. It has recently hit the FCC and Wi-Fi Alliance which could mean it’s coming very soon. This could also mean the device will be out in the United States. It may be through Verizon but there is no confirmation yet.

We believe the Palm Android phone won’t be premium but more of a basic smartphone. The specs we know so far include 3GB RAM, Qualcomm Snapdragon 435 processor, 32GB onboard storage, and a small 800mAh battery. Capacity may be small but we’re expecting something very basic.

We’re curious how this one will deliver a full Android experience or if it ever will. Let’s see in the coming weeks or months.