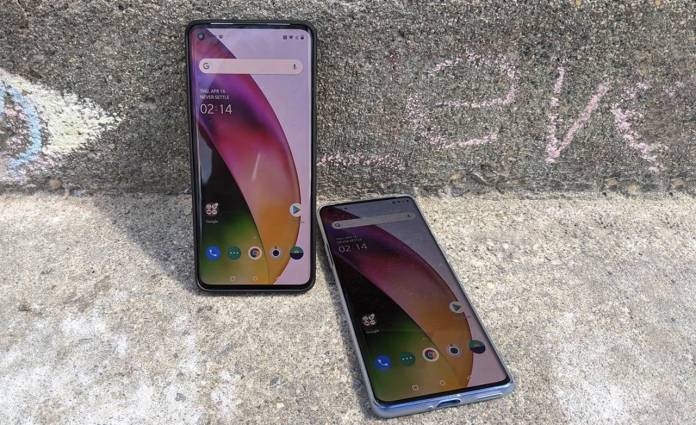 If you own a OnePlus 8 5G phone on T-Mobile, you can finally get the Android 11 update. OnePlus is one of the more prolific companies when it comes to OS updates. That’s somehow expected since the company only has a few phones line up. It also lives the ‘Never Settle’ motto so we have high expectations when it comes to updates and releases. There is no official announcement by the Chinese OEM but the good news was shared over on reddit.

A screenshot details the new version: 11.0.1.1.IN55CB. This particular release delivers Android 11 OS plus December 2020 Android security patch. It brings a number of fixes and improvements to the OnePlus 8 5G smartphone.

The update can be downloaded and installed manually. However, the changelog notes the automatic update will happen beginning February 5, 2021 from 2AM to 4AM. Don’t be surprised if you get an OTA.

The OnePlus 8 series was promised to receive regular security updates. It has received several updates in recent months like OxygenOS 11.0.1.1. If you may remember, T-Mobile announced the exclusive OnePlus 8T+ 5G smartphone offering back in October in the United States. It can be expected the phone will definitely get regular software updates.

It seems more and more devices are ready to receive Android 11. We recently mentioned the LG Velvet is getting Android 11 LG UX 10 update. The Samsung Galaxy Note 10 Lite also received the Android 11 One UI 3.0 last week. More phones and tablets are expected to get upgraded to Android 11 so wait for related announcements not only from T-Mobile or OnePlus but also from other carriers and OEMs.