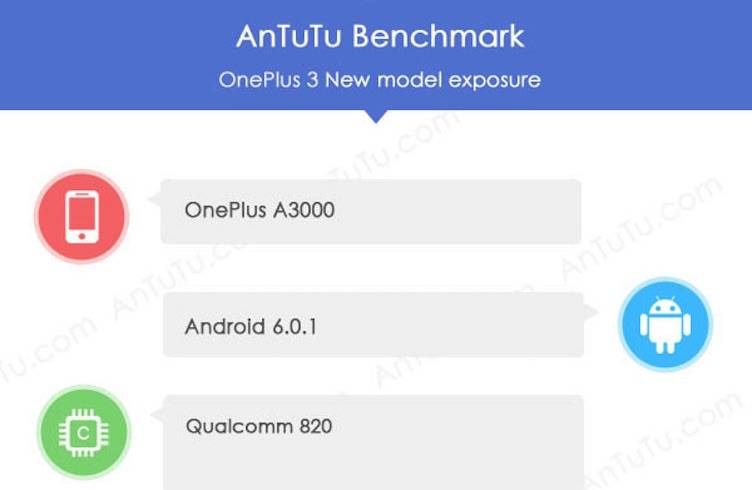 OnePlus is already working on the new OnePlus flagship smartphone. We can expect it to be introduced this summer with a new design as in the past two years. We started speculating about it since last month and we’re excited to know how the Chinese startup will make the new model different and better this year. The company has been saying that they are successful–selling millions. The phone has been offered with free standard shipping and even a quick 60-minute delivery with Henchman in London.

OnePlus has a lot of marketing gimmicks like opening sale without official invites, that Exchange program in India, and even up to the point of releasing a Step-by-step on How to Root OnePlus 2. That’s very generous of OnePlus but sometimes we’d like to think that it’s making those moves because sales are not doing good.

A few months before the big launch, the OnePlus 3 has been sighted on the AnTuTu Benchmark. Based on the screenshot, the OnePlus 3 is a new model with reference number ‘OnePlus A3000’. The device is listed to run Android 6.0.1 Marshmallow, a Snapdragon Qualcomm 820 processor, and an Adreno TM 530 GPU. Screen size is unknown but will have a 1920 x 1080 pixel resolution. There’s also the 8MP and 16MP cameras, 32GB built-in storage, and 4GB RAM. 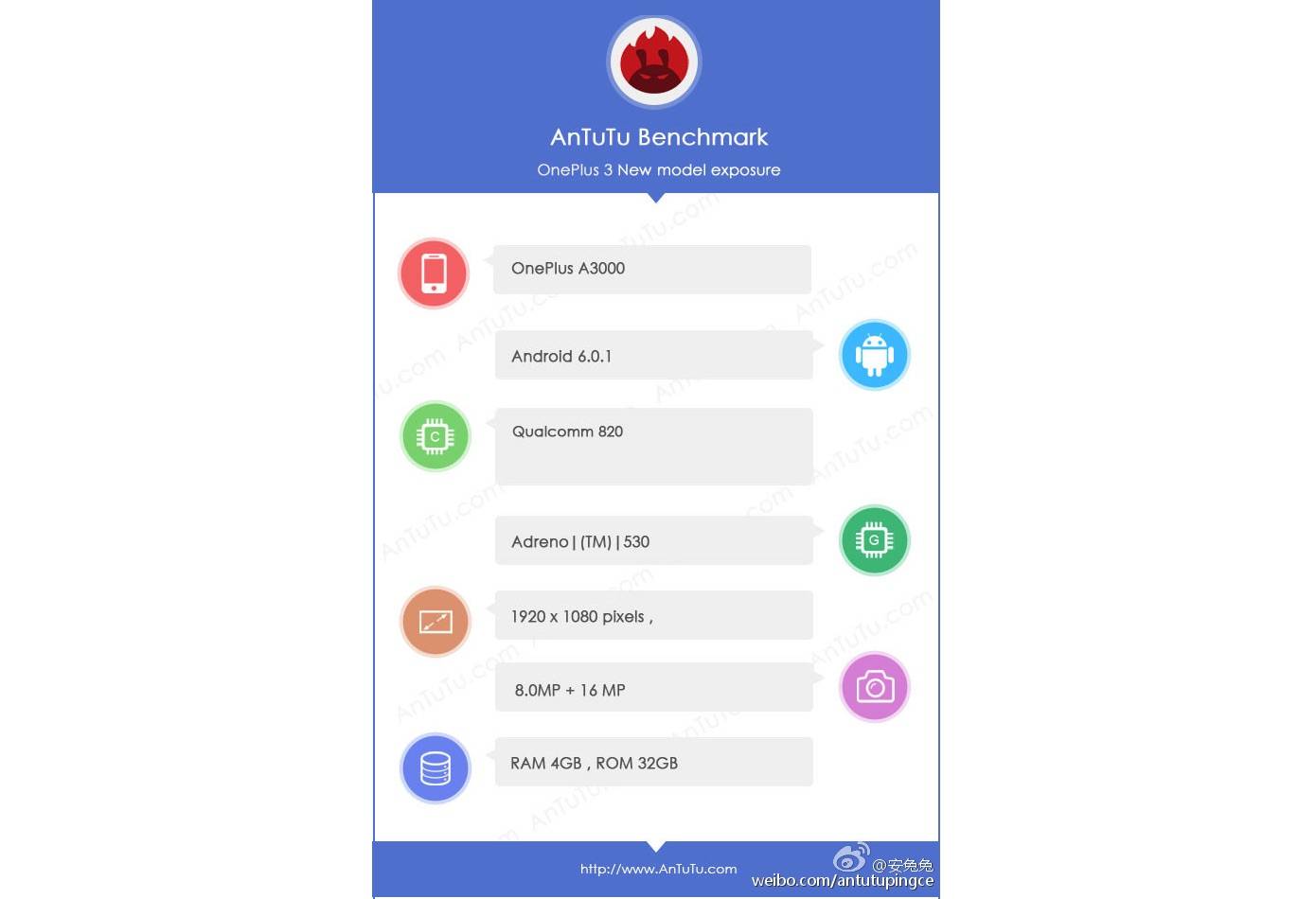 Information was published on Weibo so we know this leak has a big possibility to be true. Let’s wait for OnePlus to make the official unveiling maybe a couple of months from today.