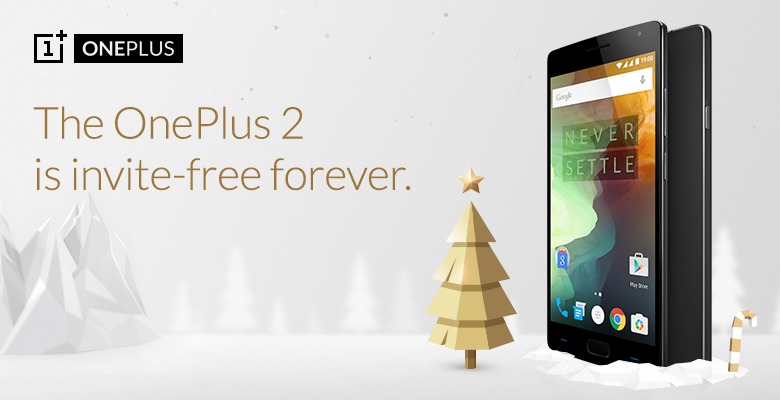 To celebrate the relatively brand new OEMs 2nd anniversary, OnePlus is bringing a lot of great offers for its already existing customer base and also to entice others who are pretty curious about the brand. Their current flagship, the OnePlus 2 can now be purchased by anyone who wants to do so, as they will make the device invite-free forever, starting December 5. They are also offering other great deals during their anniversary period, so now’s a good time as ever to try them out.

While OnePlus has made its name through its marketing gimmicks like the invite-only purchase of their devices, they’re also flexible enough to start experimenting with other distribution methods to test out the market. Hence, you now have both invite-only (for the OnePlus X) and invite-free (for OnePlus 2). But to celebrate their anniversary, the OnePlus X will also be invite-free the whole day from December 5-7.

They also have other deals on accessories during the same period. You get 50% off the OnePlus 2 StyleSwap covers, 90% (yes that’s not a typo) off on OnePlus One accessories, and all other accessories not included in those first two will be at 10% off. A limited number of first orders will also receive a mousepad bearing the company’s catch-phrase, “Never Settle”.

OnePlus reminds customers that if they want to have their devices by Christmas day or a little before that, they should order their devices and accessories by December 7. To help remind people as well, or at least those in New York City, you should probably look at the NASDAQ screen in Times Square on December 7, from 11AM-12PM as they’ll be flashing a final reminder for holiday deals.