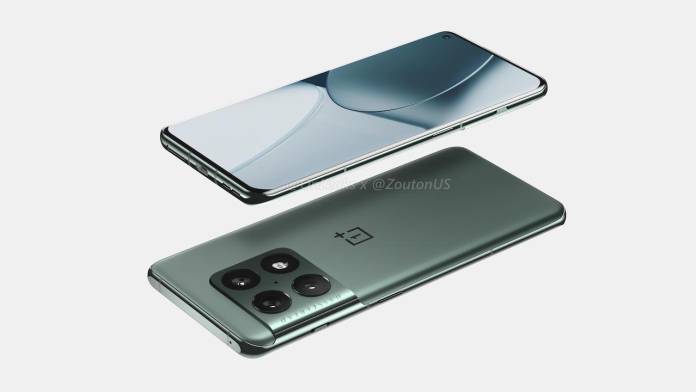 So many premium flagship smartphones are set to launch in the first quarter of 2021. Samsung will go ahead with the Galaxy S22 series. As for OnePlus, the Chinese OEM is going to announce the OnePlus 10 series. Rumor has it though only the Pro variant will be unveiled first. The OnePlus 10 Pro is said to be announced in January and now a date has been given: January 4. Pre-order has begun in China for the OnePlus 10 Pro. This means an impending announcement.

The phone is expected to arrive with faster charging technology. A prototype was once sighted and specs were leaked. The Snapdragon 8 Gen1 was also promised.

Last month, we said the OnePlus 10 Pro and four other phones may get 125W fast charging. Early details surfaced on the web. OnePlus 10 Pro specifications include a 6.7-inch AMOLED LTPO screen with a Quad HD+ resolution and a 120Hz refresh rate. On the top left corner of the display, there is a punch-hole for a 32MP selfie camera.

There will be an under-display fingerprint scanner. The edges are curved. On the rear, you will see a triple camera system with a 48MP primary shooter + 50MP ultra-wide camera + 8MP telephoto lens with 3x optical zoom.

The phone will run on Android 12 OS out of the box with the unified ColorOS and OxygenOS. The China variant will use ColorOS. It will be powered by the new Snapdragon chipset and 5000mAh battery plus up to 12GB of RAM and max of 512GB UFS 3.1 storage. The battery can support up to 80W wired charging and 50W wireless charging.