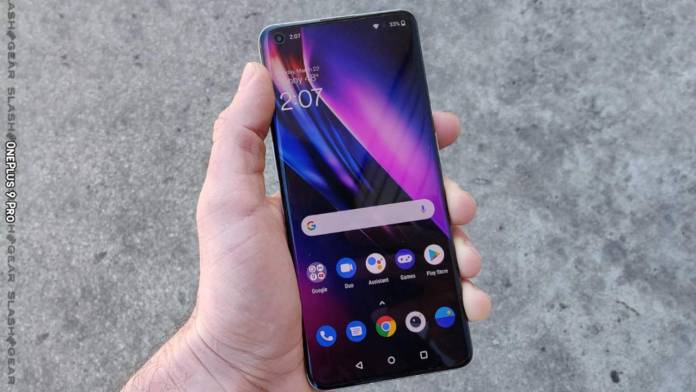 Some more details have been published. The smartphone is said to come with a large 6.7-inch LTPO AMOLED screen with 2K resolution, and 120Hz refresh rate. There won’t be an under-screen camera as a single-hole cutout remains on the upper left corner.

When it comes to the camera department, there will be a 32MP selfie camera. The 48MP main camera will be joined by a 5MP ultra-wide angle lens and 8MP with 3x zoom. The smartphone will run on Android 12 ColorOS 12.

The battery can be charged via 50W wireless flash charging or 80W wired flash charging. The faster fast-charging support is expected then. It’s not exactly 125W fast charging as speculated by it’s already fast.

The specs just leaked are for the OnePlus 9 Pro. The OnePlus 9 is anticipated to still have almost the same specs but maybe with a smaller display and smaller battery. The phone will also use ColorOS 12 based on Android 12 out of the box.