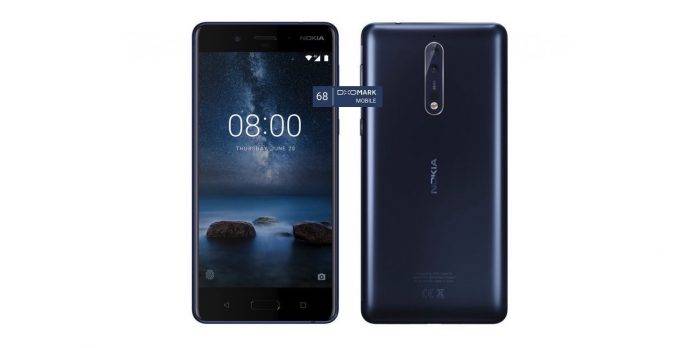 Much has been said about the Nokia 8. It’s Nokia’s first ever Android flagship phone. We’re not sure what happened but it may be replaced by the Nokia 9 soon. The Nokia 8 won’t be able to support Google’s Project Treble but the Android Oreo update is ready after the beta labs program has been completed recently. The phone has already received the teardown treatment and now it’s time for us to check its performance according to DxOMark.

We always check a mobile device’s score on DxOMark so we’ll have an idea how the phone fares in the real world in terms of mobile photography and video recording. We didn’t really expect the best performance from the Nokia 8 because the cameras aren’t that spectacular. Sure, there are 13MP plus 13MP dual rear cameras with ZEISS optics but the cam setup is not as impressive. The Bothies feature is unique but that’s it.

The Nokia 8’s DxOMark is only 68–a rather disappointing score but totally understandable. Its cameras really can’t compete with those in other premium flagships like the Google Pixel 2, Apple iPhone X, and the Huawei Mate 10 Pro with almost perfect scores. Mobile Photo score is 72 while the Mobile Video score is 62.