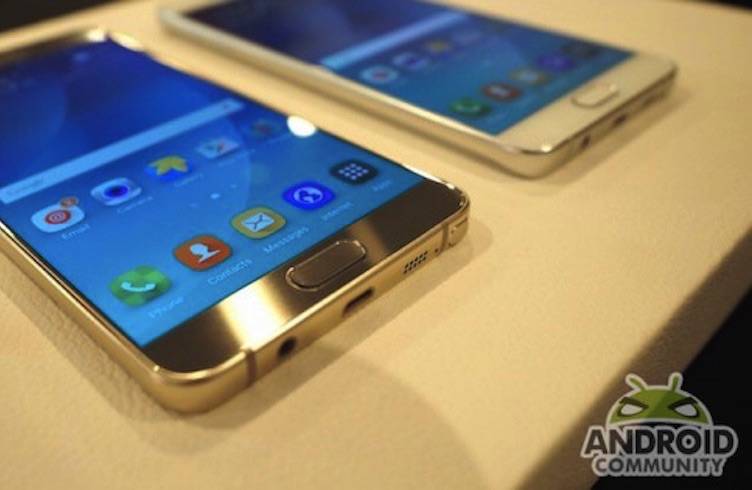 Expect a Galaxy Note 6 from Samsung this year. No doubt about that because the tech giant has been working on the next Note since the Note 5 was launched last year. We heard a rumor that there might be no Galaxy S7 Edge+ for Europe for last week. It’s just a speculation so Samsung can still surprise the mobile market at the upcoming Mobile World Congress in Barcelona.

The biggest surprise can be that Samsung Galaxy S7 and S7 Edge will be launched together with the Note 6 this early, if not the Galaxy S7 Edge+. Okay, that’s another wishful thinking but we’ve heard a few rumors about the next Note already and besides, there’s also that information about the S7 family (not S7 Duo) will impress the mobile industry once again. As to how, we have no idea exactly.

Some information slipped through Weibo about the specs and features of the Galaxy Note 6. According to the source, the next Note phablet will boast of a 5.8-inch screen with Slim RGB AMOLED display, 1440 x 2560 pixel resolution, and 6GB RAM. Wait, 6GB RAM?! That’s too high for a mobile device but not totally impossible since Samsung brought the first 12-gigabit (GB) LPDDR4 RAM into mass production last September 2015.

The Galaxy Note 6 will still have an S-Pen although we’re not sure if this year’s Note 6 will already be equipped with that foldable S-Pen kickstand we uncovered last week. We don’t know either what the RGB AMOLED screen is exactly but it could be a new technology of AMOLED– another superior display for the premium Galaxy flagships.

The Samsung Galaxy S7 and S7 edge to be accompanied by the Galaxy Note 6 at the MWC 2016 could be a possibility but you know how it is in gadget town. We know little about this Note phablet compared to the dozens of rumors and leaks about the new S7. If a new Note would be launched, we should be hearing more related rumors by now. The 6GB RAM bit is absolutely intriguing. Let’s see about that.