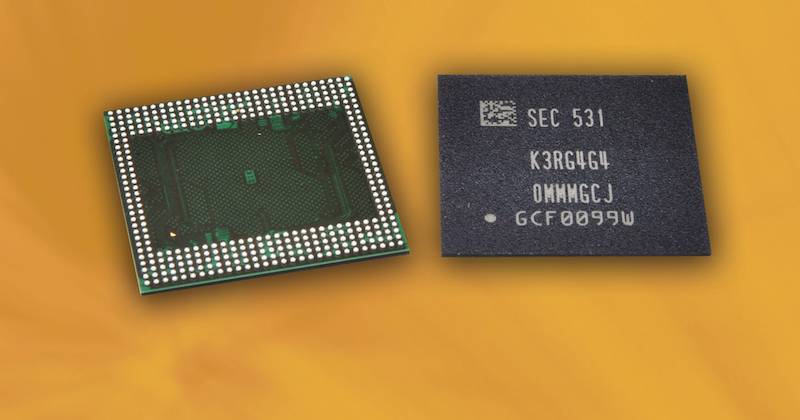 Samsung isn’t all about smartphones. The South Korean giant is still in the business of chips and processors. Earlier this week, it announced that it’s bringing the first 12Gb LPDDR4 DRAM into mass production. This mobile DRAM is based on the company’s advanced 20nm process technology and is expected to advance how the world uses such high capacity dynamic random-access memory (DRAM) in mobile devices.

The 12Gb LPDDR4 is the highest and the biggest in the market today. As with any other improvements in the chip business, this one aims to make future design simpler and easier, reliable, and really energy-efficient. OEMs can further enhance design and manufacturing of their next devices with the 12Gb LPDDR4 mobile DRAM.

The 12Gb DRAM follows the 8Gb LPDDR4, also 20nm-based, in bringing more speed to devices. According to Samsung, it’s actually faster than the current DDR4 DRAM for PCs. It’s 30% fast at 4266Mbps but consumes 20% less power. Note than the Gb in this DRAM is not Gigabytes but Gigabits. It actually features 3GB or 6GB of mobile DRAM in one package using two chips and four chips as described.

All these enhancements will bring faster computing, a more seamless multitasking, and optimum performance to future premium flagship phones. It’s still in a small form so any OEM can easily fit this into any thinner or smaller device. As one of the leaders in memory products, Samsung is poised to grow some more and be used not only in smartphones and tablets but also in automotive products and other digital appliances.