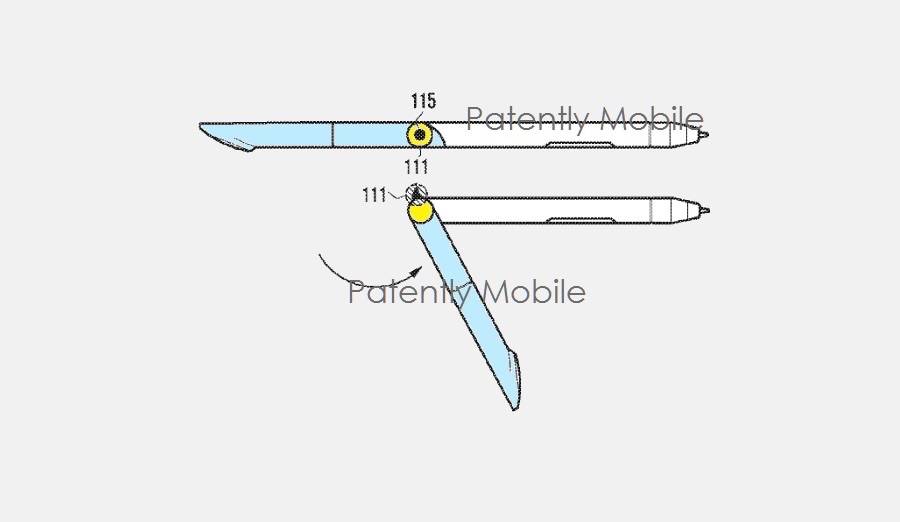 The S Pen as a kickstand? Now that’s one wild idea but it can be practical if and when the patent illustrations recently uncovered would become a reality. Last year’s S-Pen impressed us in many ways except when it gets stuck inside the Galaxy Note 5. It can be easy to unstuck but Samsung had to make an official quick fix . That was much appreciated but certainly, the stylus can still be improved.

Whoever thought of the S-Pen doubling as something to hold the phablet is a genius. Some of you have probably thought about the same thing but we’re hoping now that Samsung makes use of the idea. The S-Pen doesn’t have to be annoying and sticking out but the patent filing shows how Samsung plans to do it.

Apparently, the S-Pen could be folded in the middle at an angle to let the smartphone stand up in landscape. We’re not sure how the phone can be placed in portrait position but this one is a great idea. The “bent” S-Pen would then be clipped to the lower back corner of the device. The S-pen would work as the main support of the device. and pen should lock inside the phone.

It’s a pretty neat idea but honestly with this revelation, I’m afraid some Chinese factory out there is already drawing up the same concept and finally make its own version of a foldable phone stylus to use for more smartphones. This one appears to be only for the Galaxy Note line because of the S-Pen.