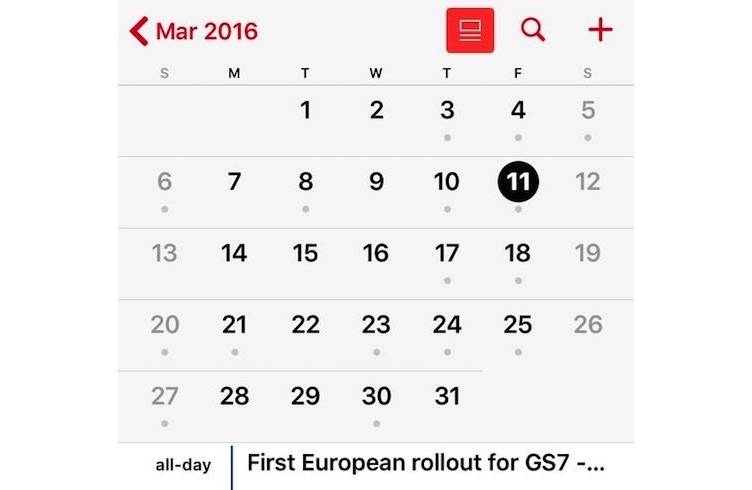 The Samsung Galaxy S7 is almost here. We’ve probably heard and seen more than a dozen rumors and leaks already and now we’ve got word when the phone will be launched in Europe. Tech Shai Mizrachi tweeted over the weekend that the Galaxy S7 family will begin rolling out in the region on March 11. The date is three weeks away from the Samsung Galaxy Unpacked event which is scheduled on February 21.

Contrary to earlier reports that there won’t be an MWC unveiling, Samsung will still introduce the new premium flagship phone in Barcelona. It’s already final as press invites were sent out recently.

We still have no information when the North American launch will be but we’re assuming sometime in March as well. South Korea is expected to have it right away at launch while the rest of the Asian region will soon follow.

Note that Mizrachi said ‘Galaxy S7 family’ and not just Galaxy S7. He didn’t even say Galaxy duo so that means there will be more than two. Three Galaxy S7 phones launching at the same time are more than welcome. Samsung needs some boost these days as numbers continue to dip. We have no doubt that the S7 variants will impress the mobile industry but we’re curious to know if Samsung will lower the price this time. The company really needs to compete with the Chinese OEMs who are offering affordable phones with almost the same specs.