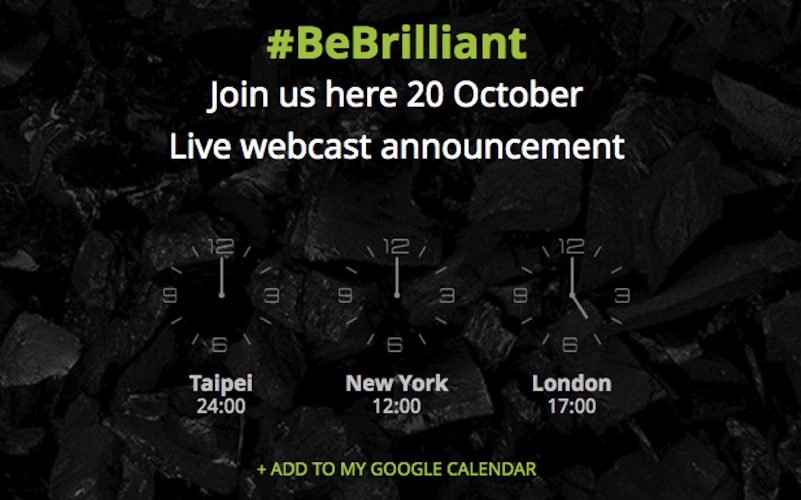 We’re still anticipating for the HTC One A9 aka HTC Aero. The Taiwanese company is still aiming to pull the numbers up after losing lots of money the past few quarters and hopefully with this upcoming smartphone, HTC will see some significant changes in the mobile business.

Press invites were sent out two weeks ago amidst numerous leaks and rumors. We can expect this to be another premium smartphone because HTC already said it would start focusing on high-end phones.

Teasing the public recently on Twitter, HTC USA (@htcusa) posted a reminder about the “next evolution of the One”. It’s going to be a live webcast announcement that will be shown simultaneously in different parts of the world. Event will happen in Taipei at 24:00 (12 midnight), New York at12 noon, New Delhi at 21:30 IST (9:30PM),and London at 17:00 (5PM).

HTC is no longer “quietly brilliant” since such tagline was dropped two years ago but there’s the hashtag #BeBrilliant which seems like a call for the audience to be more brilliant or smarter this time with mobile choices this time. It could also mean a “more brilliant” display but I don’t think HTC is planning to deliver a device with brighter display that’s not really noticeable by ordinary eyes. Let’s find out next week, Tuesday, if the new One device will live up to our expectations.